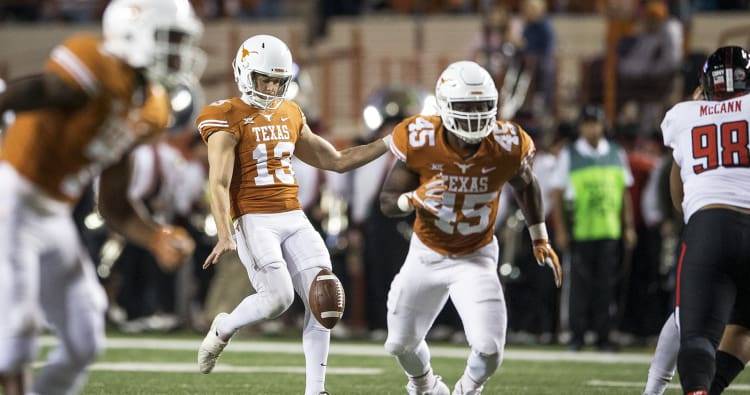 Well, I guess all you need to be the Big 12’s Special Teams Player of the Year is lead the nation in punting. With a staggering average of 48.4 yards per punt, Michael Dickson earned that right.

And #Big12FB‘s Special Teams Player of the Year, naturally. pic.twitter.com/5Bc92iFxtH

When the Texas offense has struggled, Dickson has been there consistently to flip the field and give the stellar Longhorn defense a chance to excel. He’s been one of the best kept secrets in college football, and is bound to make some NFL team very happy with his production. In total, Dickson punted 73 times. His longest punt was an insane 76 yards.

Even though this season didn’t go as planned for Dickson and crew, he’ll always have this award to showcase forever.