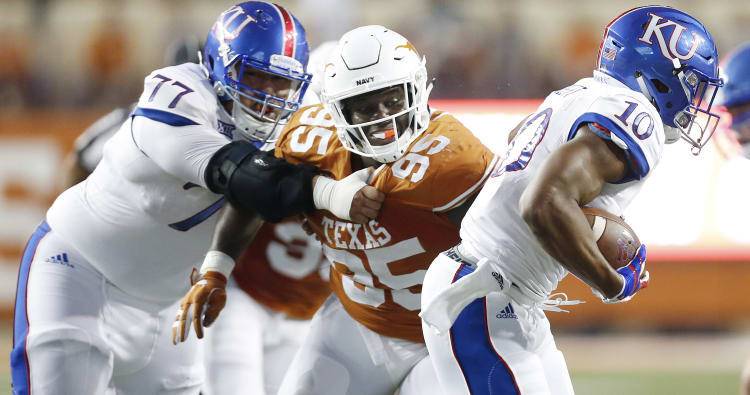 The Texas defense was stout up front, and they owe a lot of their solid play to Poona Ford.

For his efforts, the Big 12 decided to honor Ford. He’s your Big 12 Defensive Lineman of the Year Award winner.

If you want to disrupt an offense, you’re gonna want a @PoonaF_95.

Ford had 30 tackles, eight tackles for loss, one and a half sacks and a forced fumble, but it isn’t all about the stats. His constant presence in the backfield and willingness to take on double teams made him an instrumental piece of Todd Orlando’s defense.

Ford is a senior, so the next step is the NFL Draft, and he’s going to make some NFL team very happy. He’s high on most draft boards, and stands a reasonable chance to go in the first two days of the draft with a good combine showing.