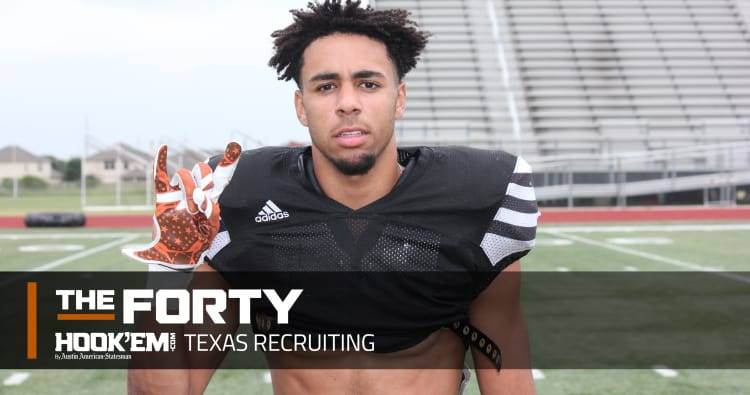 Texas commit Caden Sterns originally pledged to LSU during his junior season, which ended in a Class 6A Division II state title game loss to DeSoto. The 4-star safety flipped to Texas in May and has remained a loyal member of the 2018 class. Sterns went to The Opening over the summer and will participate in the U.S. Army All-American Game on Jan. 6 in San Antonio.

Sterns will enroll early at Texas. He’ll sign on Dec. 20 and be on campus to participate in spring drills and in offseason workouts.

It was at 5 years old because I would watch my older brother, Jordan, who is now in the NFL. Football was always part of my life from a young age. I started playing tackle at 7.

Family. It was an opportunity to play at a great university and be just down the road from my mom and the rest of my family. It was the best fit for me because of how I’ll be used all over the field.

I just want to keep improving and end my high school career with a state championship ring.

He’s a player’s coach. He’s always trying to find ways to make it fun for the players.

Defensive back. I’m going to start at cornerback and learn that position. Safety is always an option.

Turning points: Looking back at 12 moments that shaped Texas’ 6-6 season