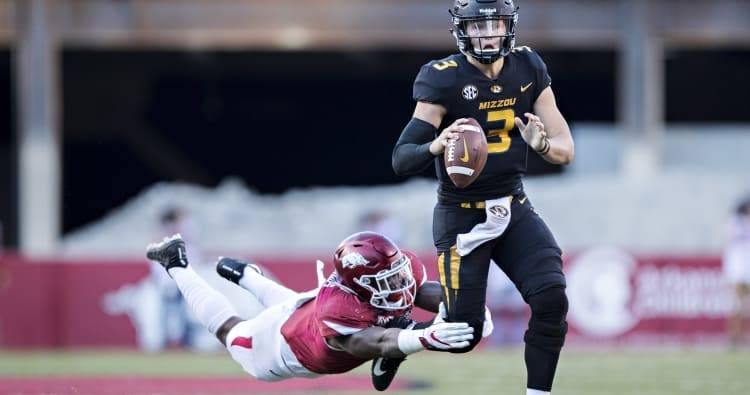 About the Missouri Tigers

About the series: Texas and Missouri have not faced each other since the Tigers left the Big 12 for the SEC in 2012. The Longhorns have a 17-6 all-time series lead.

What’s happened since?: Missouri has been on a similar path as Texas these last few years. The Tigers have not been to a bowl game since the 2014 season when they finished the year 11-3 and reached the Citrus Bowl.

In November 2015, then-coach Gary Pinkel announced he had been diagnosed with follicular lymphoma and would resign at season’s end. According to the Kansas City Star, Pinkel had non-Hodgkin, B-cell lymphoma that is generally slow-growing and treatable.

Then, Missouri walloped off Idaho 68-21 and picked up an easy 52-12 win over Connecticut to get things going. All of a sudden, the Tigers couldn’t be stopped. Missouri ran straight through Florida, Tennessee, Vanderbilt and Arkansas for a six-game winning streak.

Odom was on the hot seat in October. Now, the St. Louis Post-Dispatch reported the school is working on a contract extension. Odom’s 11 wins are the most in any Missouri head coach’s tenure since Warren Powers went 15-9 in 1978-79.

What Odom said: “We got a chance now to do something that hasn’t been done too many times in college football, which is to go get an eighth win after starting 1-5.”

About the offense: QB Drew Lock is arguably the hottest passer in the SEC at the moment. He finished the regular season with an FBS-leading 43 touchdowns, two more than Oklahoma’s Baker Mayfield. Texas will be without safety DeShon Elliott (skipping bowl, going pro) and suspended cornerback Holton Hill. Other UT defensive players may opt out as well.

About the defense: It’s hard to gauge Missouri’s defense because the season’s second half is so wildly different from the first. The run defense allowed 163.5 yards per game this season. Texas has struggled on the ground. Freshman Danny Young is likely to get most of the carries for UT. It’s still unclear whether Texas will start Shane Buechele or Sam Ehlinger at quarterback.

Headed to Houston: Texas-Missouri will meet in the Texas Bowl on Dec. 27