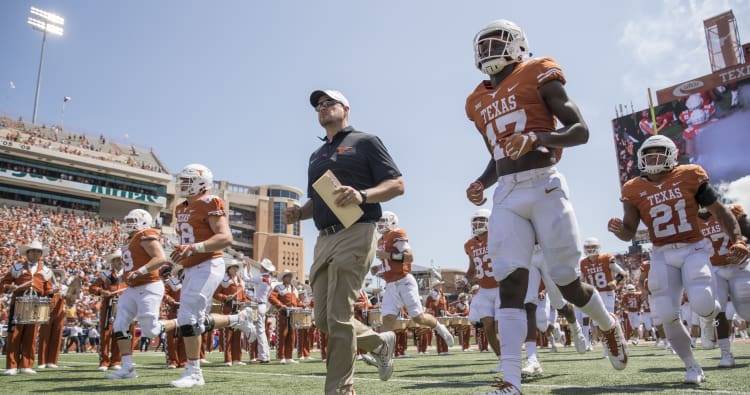 Texas and Missouri will meet for the first time since the Tigers bolted for the SEC, and their Texas Bowl matchup already has a different feel than their meetings in the Big 12.

Early lines released by Las Vegas have the Longhorns as slight underdogs, which isn’t altogether surprising considering how both teams finished the season. Missouri opened as a 1-point favorite, and it has already bumped up three points.

RELATED: Headed to Houston: Texas-Missouri will meet in the Texas Bowl on Dec. 27

The Tigers (7-5) closed the season on a six-game winning streak while the Longhorns (6-6) alternated between wins and losses the final six weeks — including a 27-23 loss to Texas Tech in the finale.

Missouri features a high-powered offense led by first-team All-SEC quarterback Drew Lock. The over-under for the contest is currently set at 59½ points.

Welcome back, Shaka: VCU fans likely to give former coach an ovation, then turn on Texas

Richmond is ready for Shaka Smart homecoming, but is Texas?