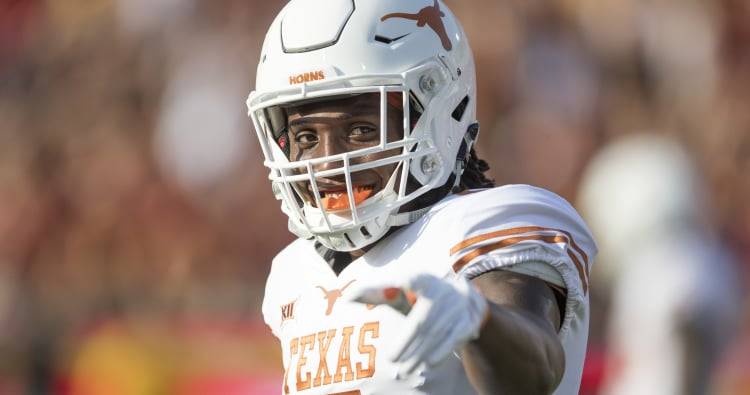 Texas cornerback Holton Hill, a dynamic play-maker who wound up getting suspended this season, will forgo his final year of eligibility and go into the NFL draft.

The last three months have been a stunning roller-coaster for the Houston Lamar product. He broke out of his sophomore slump to become one of the Longhorns’ best defensive talents.

But Hill was suspended for an undisclosed violation of team rules before the Nov. 11 game against Kansas. Citing federal privacy laws, school officials have remained mum on Hill’s transgression.

“Unfortunately, not much more that I can say in regards to that,” coach Tom Herman said the day the suspension was announced.

In a statement released by UT, Hill said the past three years have been a “great learning experience for me, and I appreciate everyone who has helped me throughout my college career.

“I am blessed to have had the opportunity to play for such an amazing program at the University of Texas,” Hill continued, “and I know the values that have been instilled in me and lessons I’ve learned will continue to propel me forward at the next level.”

Hill stayed with the team the final three weeks of the regular season and worked with the scout team.

“I can’t say enough about the support my teammates have given me,” Hill said. “Those guys are going to always be my teammates, and I know that bond will last way beyond our time here at Texas. I also appreciate the great fans, and even though I’m moving on, I’m always going to be a Longhorn. Thank you all for your support, the best is yet to come.”

Welcome back, Shaka: VCU fans likely to give former coach an ovation, then turn on Texas