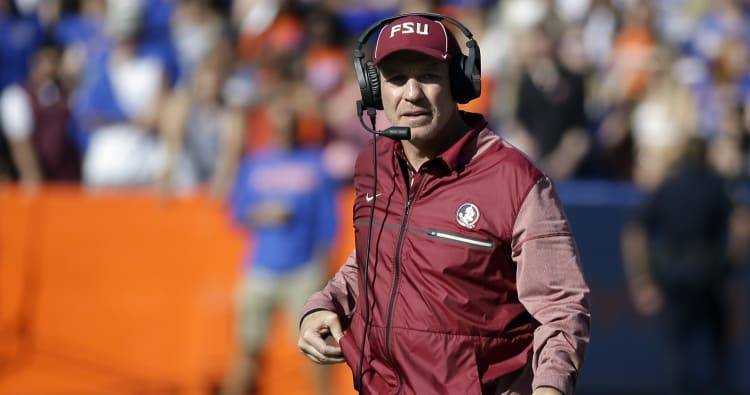 The question was sure to come up, and new Texas A&M coach Jimbo Fisher had his politically-correct answer ready to go.

So, what does Fisher think about renewing his new program’s biggest rivalry, against Texas, which hasn’t been played since the Aggies bolted for the SEC.

“If it benefits Texas A&M, you do things. If it doesn’t, you don’t,” Jimbo Fisher says when asked about possibly playing Longhorns in the future.

RELATED: Egos aside, when could the Texas-Texas A&M rivalry realistically restart, anyway?

Longhorns coach Tom Herman took a stance on the controversial issue back in July.

“If you’re going to play a big-boy schedule such as LSU, USC and Ohio State,” he said, “I’d like to see us play the big boy right down the road from us.”

There has been plenty of noise generated about the possibility in recent months, with UT students staging a vote about renewing the rivalry, the schools partnering for a charity basketball exhibition in Houston, and Texas Gov. Greg Abbott calling restarting the rivalry his “next goal as governor.”

The post Texas A&M coach Jimbo Fisher answers 1st (of what will be many) questions about Texas appeared first on Hook ‘Em.