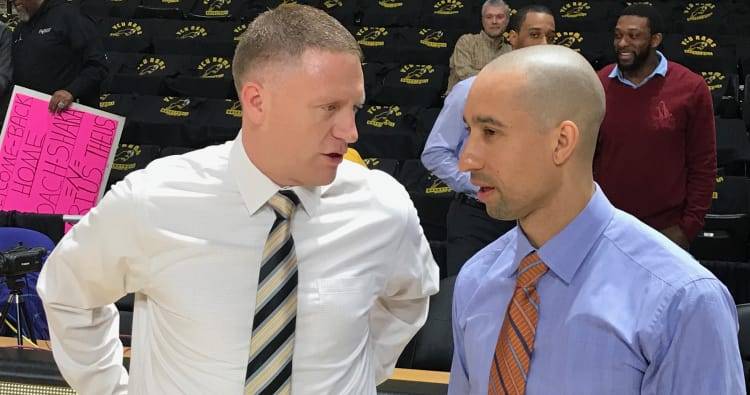 RICHMOND, Va. — Inside a roaring jet engine, it’s impossible to hear yourself think. But the Longhorns did exactly that in the final minute of a wild 71-67 victory over Shaka Smart’s old team, never-say-die Virginia Commonwealth.

Andrew Jones scored a career-high 19 points, and Dylan Osetkowski added 17 more. But the Longhorns needed to focus at the free throw line to hold off the Rams. Kerwin Roach Jr. and Eric Davis Jr. combined to hit six free throws in the final minute to close it out.

Texas (6-2) had a 19-point lead at one point in the second half playing to near perfection, something it did in building up a huge lead against top-ranked Duke. But just like against the Blue Devils, the Horns let that lead slip away. Khris Lane’s 3-pointer with 3:52 remaining gave VCU a 63-62 lead.

It was coach Shaka Smart’s 200th career win before the same crowd that watched him win 163 games as the Rams’ coach for six seasons.

Give it to the Siegel Center, a place that’s now sold out 105 straight home games. The VCU fans were definitely difference-makers, especially down the stretch. They were busting at the seams when Andrew Jones clanged a free throw off the front iron. They were roaring when he missed the second. It’s easy to see why major Division I teams don’t want to come here.

For a team that needed a solid road victory, Texas could not have asked for a better start. Jones hit three 3-pointers from the left corner, Dylan Osetkowski swished another as the Horns started the game 5 for 7 from 3-point range. The Horns shot almost 52 percent overall in the first half. This was hot on the heels of a 75-percent shooting performance in the second half against Florida A&M.

Another special Horns Up to the VCU band. That group was hot tonight. Special call out goes to that bluesy saxophone player at halftime. We heard you.

One of the only real awkward sequences of the night started with 6:29 remaining before halftime. Jones was called for traveling after losing his footwork by getting turned around. Eric Davis Jr. scored a terrific left-handed layup, but on the next possession, he had to launch one before the shot clock expired. Bamba missed a shot and then turned it over in front of the UT bench.

HIGHLIGHT OF THE NIGHT

Granted, Bamba’s 7-foot, 9-inch wingspan is great, but the Horns cannot expect him to get every rebound. Texas started the game with a 5-1 edge on the glass, but nine VCU players had a rebound before halftime. The Rams had a 23-16 halftime lead in rebounds, a big reason why they had nine second-chance points.

Texas heads back home and will get the rest of the week off. The next game is next Tuesday against Michigan in a return game in their home-and-home contract. Coach John Beilein’s club is off to a 7-3 start and will host UCLA before traveling to Austin next week. Michigan is easily the biggest non-conference home game of the season for the Longhorns.