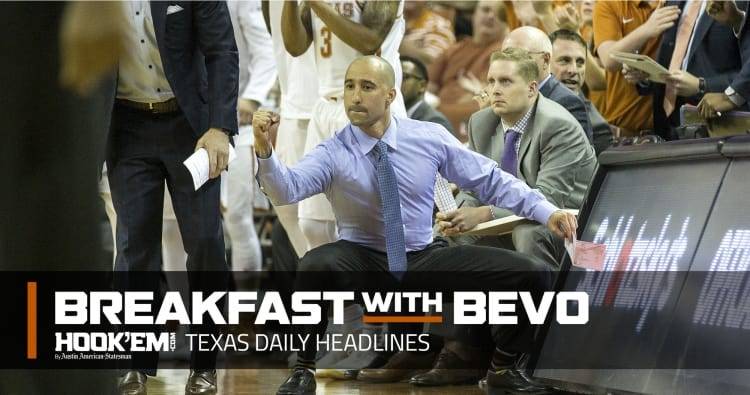 When Texas plays its first road game of the season Tuesday night, it will be a strange atmosphere for everyone involved. Especially Longhorns coach Shaka Smart, who will be the center of everyone’s attention inside the Siegel Center at Virginia Commonwealth, where he coached from 2009-2015. After an ovation, Texas (5-2) will try to spoil the party against the always difficult Rams (5-3). Hookem.com reporter Brian Davis gets you set with a preview, and Joe Harrington has some context on the season thus far.

Cornerback Holton Hill became the third Texas underclassman to declare for the NFL draft, doing so on Tuesday following a season of highs and lows. On the field Hill caused his stock to rise with career numbers, but his season came to a screeching halt with a suspension.

Jaylen Ellis is committed to Baylor, but with every Round Rock Cedar Ridge playoff win he could be moving closer to receiving an offer from the Longhorns. The junior expressed his interest to Hookem.com recruiting reporter Mike Craven, and he’s not the only one. Click here for the latest on the recruiting trail.

The post Richmond is ready for Shaka Smart homecoming, but is Texas? appeared first on Hook ‘Em.