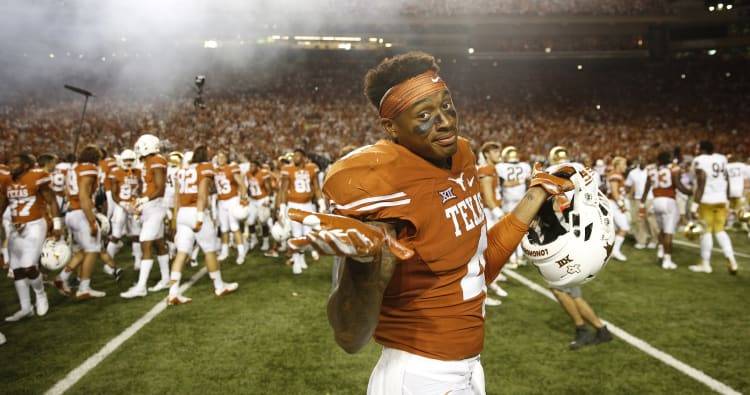 ATLANTA — DeShon Elliott had the clear misfortune of being born one decade too late. The Texas safety would’ve been a terrific member of DBU during its heyday.

Quentin Jammer would’ve taken the young pup from Rockwall under his wing and become a mentor. Aaron Ross and Earl Thomas would be all over Elliott for that crazy shadow boxing sideline moment against Baylor his sophomore year.

Michael Huff probably just shook his head every time Elliott made a big play this season and mugged for the cameras, spreading his hands a la the Joker when it was showtime.

These days, UT coaches will not let defensive players use the DBU moniker. The Horns haven’t earned it, they say. Elliott sure has. The junior became the first Jim Thorpe Award finalist at UT since 2009.

“Before the season, I kind of put out a statement on twitter with a picture saying, ‘I’m going for it all.’ That’s what I’m still doing to this point,” Elliott said. “Just glad to be in this position in my life.”

“There’s been a lot of great DBs that have been up for this award,” Fitzpatrick said. “Just to be able to receive this is truly and honor and a blessing.”

Fitzpatrick had only one inception all season. Elliott had six, tied for second most nationally, and returned two for touchdowns. He became just the ninth player in Texas history with two multi-interception games.

A look at the 12 Heisman winners Texas has faced; will Baker Mayfield be the 13th?