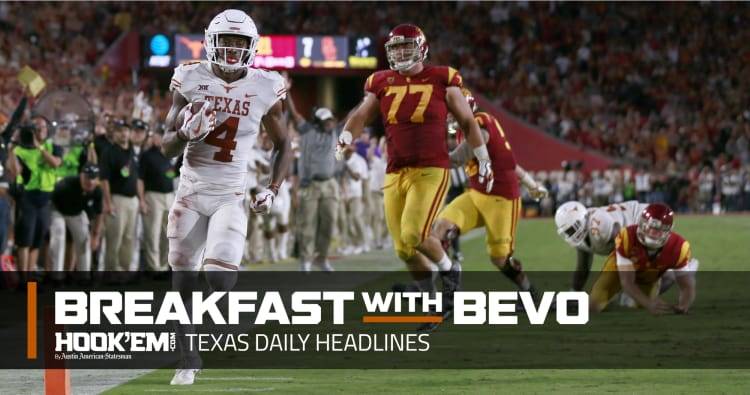 DeShon Elliott and Michael Dickson excited, anxious for next step

DeShon Elliott and Michael Dickson are in Atlanta for the College Football Awards which will be held Thursday at the College Football Hall of Fame. Elliott, the Thorpe Award finalist, is eager to prove himself in the NFL and a team is likely to draft him no lower than the third round. Dickson, a two-time Ray Guy Award finalist, is a little anxious about the decision he has to make. He’ll play in the Texas Bowl, but we’ll see if he returns for next season.

Shaka Smart not only 1 with homecoming in Richmond

The Texas basketball team earned a big win Tuesday night when it held on to defeat Virginia Commonwealth 71-67. Not only was it a confidence-building win, but it was a homecoming for coach Shaka Smart. The Longhorns’ third-year coach was received well by his former home crowd. He wasn’t the only one making a return to old stomping grounds. Freshman point guard Matt Coleman needed close to 40 of the 75 tickets made available to the Longhorns. Coleman grew up in Norfolk, about 90 miles from Richmond. He had a contingent of family and friends at the game.

A look at the new early signing period

Hookem.com recruiting reporter Mike Craven takes a look at the new early signing period added by the NCAA for the 2018 class. The new period, from Dec. 20-22, benefits schools in that it allows them to focus on a handful of targets until Feb. 7 National Signing Day, rather than the entire class. Texas has 18 commitments and if all goes well, will sign all 18 of them this month, which would help them target their needs. Craven writes about the possible drawbacks the new period could pose for smaller schools.