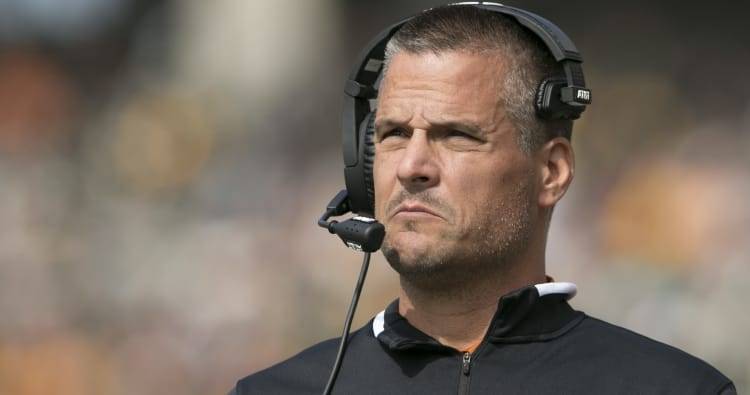 ATLANTA — Texas coach Tom Herman knows that defensive coordinator Todd Orlando wants to be a head coach someday. But he seemed caught off guard by a report that Orlando had interviewed at SMU.

Horns247 reported Thursday that Orlando interviewed for the Mustangs’ position. “Orlando was found to be very impressive,” a source told the website.

A source familiar with the SMU search told the American-Statesman the school had a working list of about eight names. Former UT receivers coach Jeff Traylor is now the interim coach for the Mustangs. The job came open when Chad Morris left to become the head coach at Arkansas.

“But any assistant that is going to interview for a job would tell me about it,” Herman told the American-Statesman. “I didn’t even know that story existed. I would’ve been the first to know if it were true.”

Orlando did not respond to messages left by the Statesman. Two sources said Orlando had been recruiting in Florida and Louisiana this week.

Asked if he expects to keep Orlando, Herman said, “Not forever.”

“But I have always supported guys that worked for me wanting to be head coaches,” Herman added. “I was one and got a lot of help along the way. I was one of those guys wanting to be a head coach. He’s got a great job right now, and he’d be the first to tell you it’s got to be a really good one and the right one.”

The Longhorns (6-6) have already started preparations for the Texas Bowl against Missouri (7-5). Herman and his coaching staff are wrapping up what’s expected to be an excellent recruiting class, one that could be ranked No. 1 nationally. The new early signing period begins Dec. 20.

The post If Todd Orlando interviewed at SMU, Tom Herman said assistant would ‘tell me about it’ appeared first on Hook ‘Em.