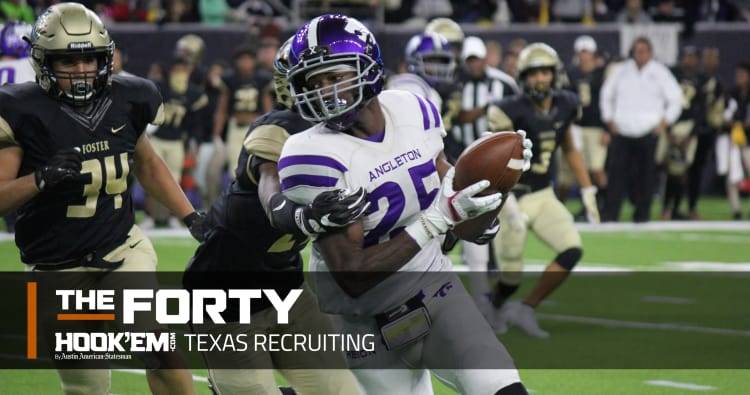 The time will come for Texas commit B.J. Foster to concentrate on the safety position. That time was pushed back by at least another week when Foster and his Angleton teammates raced past Richmond Foster 41-10 last Friday to claim the Region IV-5A Division I championship.

Foster, who’s also featured as a running back, scored three rushing touchdowns. He gained 126 yards on 14 carries and added 93 yards on six catches. Angleton faces Manvel in the state semifinals at NRG Stadium on Friday.

Foster participated in our commitment Q&A series following the victory.

I’ve been in love with football since I started playing. My daddy taught me to play hard and go strong, and that’s what I do.

There was a group of us (Houston-area recruits) who wanted to go to the same school and we decided to go to Texas and turn it around.

You know how we coming🤷

Exactly what we’re doing: Come out, play hard and win football games for this community.

I wanted to make the right decision and go where my heart told me. Texas was a great fit for me and my family.

He is a great guy. He knows how to have fun and bring out the best in his players.

Hopefully at safety. I can play both safety positions and I’ll be enrolled early so I can compete right away.