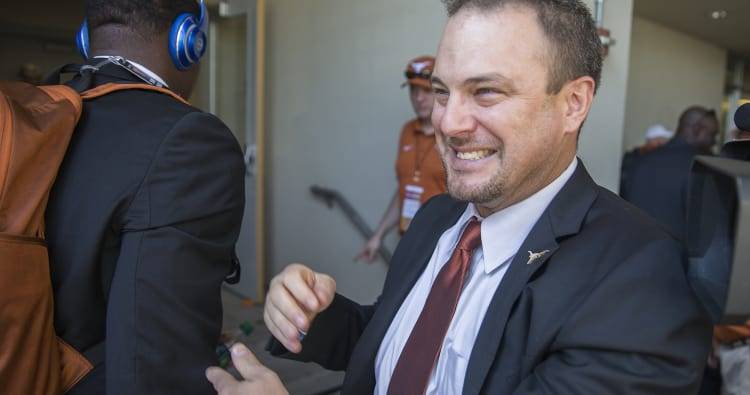 The Longhorns need more beef to return to prominence. Tom Herman and his staff to a step towards adding depth to the offensive line with the commitment of 4-star offensive tackle Junior Angilau. The Salt Lake City prospect is a 6-foot-6, 297-pound prospect out of Salt Lake City High School. He committed to the Longhorns after an in-home visit with Herman Monday night.

Angilau becomes the 19th member of Texas’ 2018 recruiting class, which ranks second in the nation and first in the Big 12. He is the third offensive lineman to commit, joining in-state prospects Reese Moore and Rafiti Ghirmai.

Angilau, who will participate in the Army All-American Bowl in San Antonio on Jan. 6, becomes the top-rated offensive lineman in Texas’ 2018 class. He is ranked as the No. 155 best player in the nation and the No. 11-ranked offensive tackle, per 247Sports Composite.

He chose the Longhorns over Utah, Oregon, USC and others. Angilau held 20 offers and took an official visit to Texas on Nov. 25.

Path to the Playoff: Baker Mayfield vs. Georgia Defense