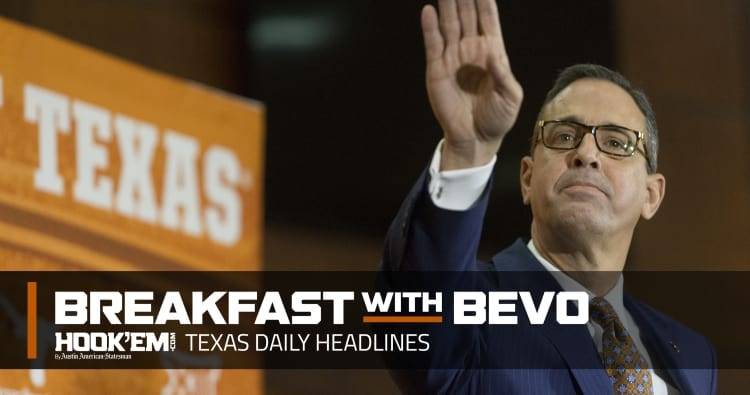 By all accounts, Texas athletic director Chris Del Conte made a terrific first impression on his first day in his new position. He showed plenty of emotion throughout a 40-minute press conference, a trait that endeared him to colleagues and fans at his previous stops TCU and Rice. And of course, he faced the question that has been on everyone’s mind of late: When will the Longhorns finally get back together with Texas A&M? Here are five other questions that Del Conte will have to face.

Texas beefs up its 2018 recruiting class

Perhaps the biggest area for concern on the Texas roster in 2017 was the the offensive line. Late Monday night, the Longhorns got some good news in the form of a new commitment. Hookem.com recruiting reporter Mike Craven breaks down the addition of 4-star tackle Junior Angilau.

When Texas hosts Michigan on Tuesday night in a matchup between two big-time college basketball programs, the Longhorns will be without a key player. Guard Andrew Jones is expected to miss several games after suffering a hairline fracture in his wrist. Get ready for the game with Joe Harrington’s weekly breakdown.