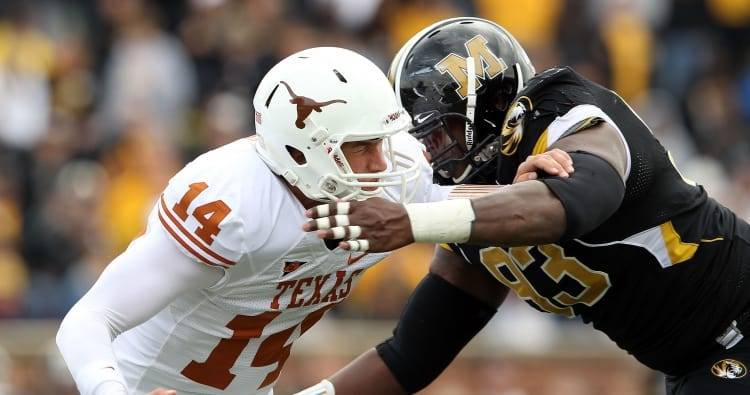 Texas will face an old Big 12 foe in Houston, Texas on Dec. 27 when the Longhorns battle Missouri in the Texas Bowl.

Texas and Missouri haven’t faced each other on the gridiron since 2011 — the final season before the Tigers left the conference to join the SEC.

With the two teams set to be reunited for the first time in six years this month, the Longhorns could be facing an uphill battle two days after Christmas.

Sports Illustrated’s panel of seven college football experts gave Missouri a narrow 4-3 edge in the predictions for the Texas Bowl.

Missouri won the final Big 12 meeting between the two teams. The Tigers posted a 17-5 victory over the Longhorns in Columbia, Mo. in 2011. Texas had won the six prior meetings before the low-scoring loss.

Texas clinched bowl eligibility with a win at West Virginia on Nov. 18, but finished the season 6-6 after losing a heartbreaker to Texas Tech on Nov. 24.

Missouri enters the game riding a wave of momentum. The Tigers won their final six games of the season after a 1-5 start, finishing the year 7-5.

Longhorns lose a legend, arguably the best linebacker that ever played at Texas