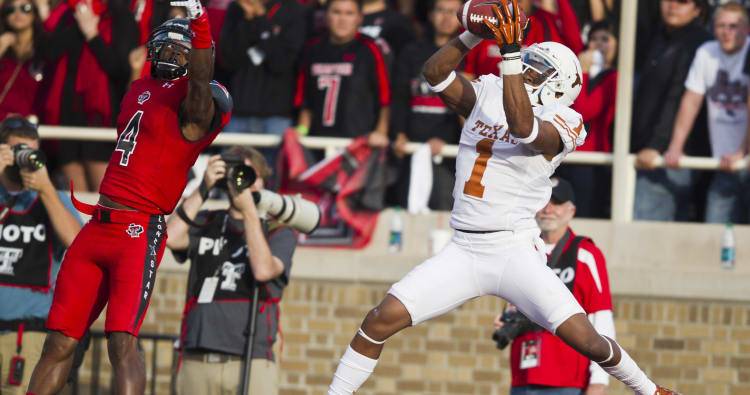 The Texas Ex will participate in the Spring League, which will be in Austin for three weeks in late March and early April, according to the Statesman’s Kevin Lyttle.

Former #Longhorns WR Mike Davis (2010-13) will be participating in @TheSpringLeague in Austin next spring, SL has announced. @TexasFootball pic.twitter.com/TtNCI65sWX

The Spring League markets itself as “an instructional league and showcase for professional football talent.” Players participate in practices and games for one of four Spring League teams in hopes of drawing the attention of NFL scouts. The Spring League web site says representatives from 10 NFL teams attended the league’s first season in spring 2017.

He signed with the Oakland Raiders as an undrafted free agent in May 2014. He was cut before the 2014 season. The former Longhorns has also played in the Canadian Football League for the Toronto Argonauts and the Montreal Alouettes.

Longhorns lose a legend, arguably the best linebacker that ever played at Texas