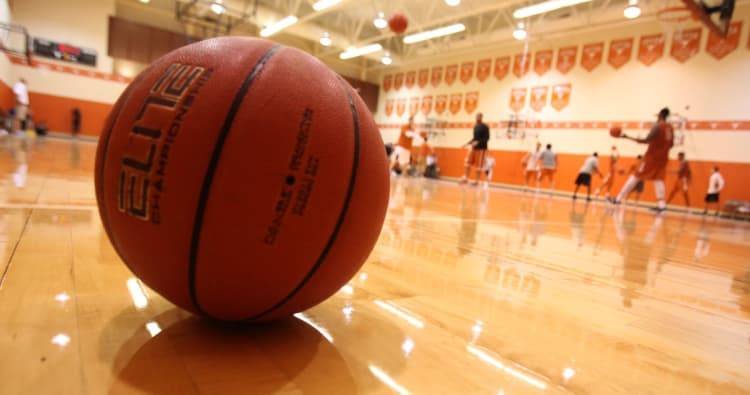 There were times Saturday where Texas made it much harder than it had to be in a 75-60 win over Louisiana Tech.

The Bulldogs threw the ball out of bounds multiple times in the first half and literally tried to give the game away. So why was it a four-point game midway through the second half at the Erwin Center?

Texas (7-3) finally went on a 10-2 run that closed the door. Mo Bamba, saddled with foul problems, scored on an alley-oop and then hit another reverse layup to give Texas a 64-52 lead. At that point, he started calling for the ball, something he hadn’t been doing at all. So his teammates obliged.

Dylan Osetkowski threw it up high, and Bamba slammed it with authority. Osetkowski then found Jacob Young in the right corner for a 3-pointer that gave Texas a 10-point lead.

The Longhorns did it without Eric Davis Jr., who dressed but did not play. Texas coach Shaka Smart was expected to address the situation during his post-game press conference.

Just as Shaka Smart predicted, Osetkowski is becoming a full-blown force this season. He came out red-hot from 3-point range and connected three times from 3-point range. This all comes after he struggled out of the gate, a further indication the clutch 3-pointer late against Virginia Commonwealth was the official switch coming on.

Osetkowski finished with a season-high 22 points on 7 of 12 shooting.

It’s hard to quantify at times, but the eye test indicates Jericho Sims is getting better game by game. He got extended action against Louisiana Tech because Mo Bamba landed in foul trouble. One of the best high-low moments of the day came with 8:25 remaining. Osetkowski at the high post found Sims down low. Sims make a quick move, scored and drew the foul in one fluid motion. Sims had nine points and eight rebounds in 20 minutes.

Bamba’s going to spend a lot of time on the bench in January and February if he doesn’t stop fouling. He had three with 6:27 remaining in the first half, which forced Shaka Smart to go away from an intriguing lineup that included Bamba, Dylan Osetkowski and Jericho Sims. Big 12 games will be rugged, physical affairs, and officials won’t cut him any slack.

Louisiana Tech did not play smart basketball. The Bulldogs had XX turnovers in the first half, at least four of which came when they simply threw the ball out of bounds. Tech also engaged in Hack-a-Horn. Texas was in the bonus with 12:14 left before halftime. But the Horns finished 8 for 16 at the stripe in the first half.

Texas will have a quick turnaround to get ready for Monday’s game against Tennessee State. It’s scheduling meant to mimic some of the Saturday-Monday games the Longhorns will have in Big 12 play. Tipoff is 8 p.m.

The post At the buzzer: Texas 75, Louisiana Tech 60 appeared first on Hook ‘Em.

Countdown to signing day: Texas has used family, tradition to build its class