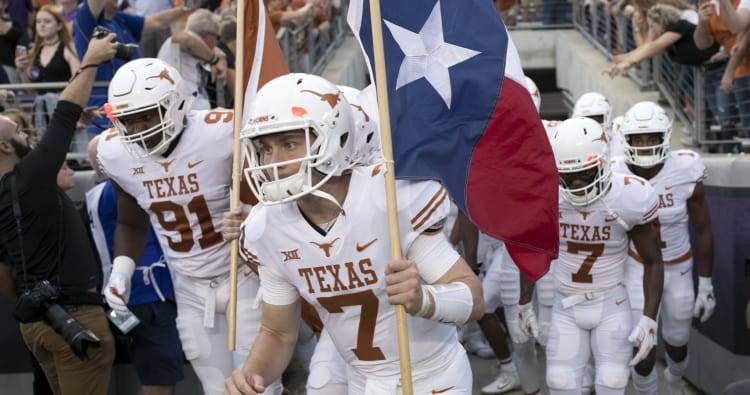 One of the nation’s fast-rising 2018 prospects is now officially on Tom Herman and his staff’s radar.

A 3-star edge rusher, Alexander added to a list of offers that also includes Tulsa, Memphis, Texas State and Tulane, among others.

Since adding his Texas offer, five quick Crystal Ball picks have rolled in projecting the Longhorns to land their latest target at weak-side defensive end. Along with Alexander, Texas is also in the mix with 4-star Conroe Oak Ridge product Joseph Ossai, but entering the final stretch in his recruitment, all signs points to Ossai siding with Texas A&M.

If Texas can ultimately land Alexander, as its currently projected to do, the Oklahoma native would bolster what’s already a 19-man, No. 2-ranked 2018 class.

A 6-foot-4, 235-pound prospect, Alexander is currently ranked as the nation’s No. 831 player, No. 49 weak-side defensive end and the No. 15 player in Oklahoma, per the 247Sports Composite rankings.