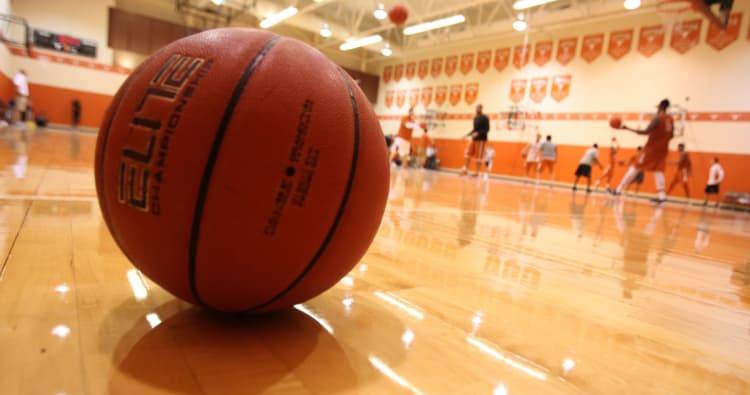 Plenty of Texas fans couldn’t find their way through thick Austin fog on Monday and opted to stay home. The Longhorns couldn’t see the bucket, either.

Texas made only 3 of 21 3-pointers but still somehow got past Tennessee State with a 47-46 victory at the Erwin Center. Matt Coleman hit a mid-range jumper with 9 seconds left to seal things up as Texas improved to 8-3.

Oh, but this was no clip-and-save night. With the real threat of an embarrassing loss looming, UT junior Dylan Osetkowski (16 points) took over. He hit a 17-foot turnaround jumper and then drove home a two-handed slam to give the Horns a 45-38 lead.

That was the last points the Horns would score for awhile. The Tigers (5-5) made it interesting. Daniel Cummings hit a 3-pointer, and then Delano Spencer swished one from the right corner to give Tennessee State a 46-45 lead.

The only basket Texas would score in the final 3 minutes was Coleman’s, which turned out to be the game winner.

The best player on the floor wore blue. State’s Christian Mekowulu showed now fear going straight at the 6-foot-11 Bamba, or anyone else for that matter. He had 15 points on 6 of 14 shooting and was a major reason why the Tigers were in this game from start to finish. But Mo Bamba rejected his shot attempt with 28 seconds left that may have sealed it for Tennessee State.

Kerwin Roach has long wanted to be this team’s best defender. But it was his offense that kept the Horns alive in this one. He drilled back-to-back 3-pointers near the end of the first half. Roach also wasn’t afraid to drive when others were standing around. He finished with 14 points.

Coleman got off to a sensational start as the team’s starting point guard. Onlookers marveled at how he protected the ball. The last two games have been a far different story. He turned it over four times against Louisiana Tech and seven against Tennessee State.

The last thing the coaching staff needs is for Coleman to be unsure of himself with Big 12 play looming. Perhaps a baseline dunk and the game-winning floater was just what the doctor ordered.

If Roach hadn’t turned it on in the first half, it might have gone down as the worst 20 minutes in the Shaka Smart era. The Tigers were content to sag on Bamba and force the Horns to shoot over them. It did not go well. Texas started 0 for 11 from 3-point range. Two of those were air-balled. Roach finally connected twice from long range, and UT had a 21-19 lead.

The Longhorns have just one non-conference game remaining — Friday’s road trip to Alabama — before the Big 12 opener against Kansas on Dec. 29. The Crimson Tide got off to a 5-0 start but has since lost to Minnesota, Central Florida and Arizona. Coach Avery Johnson’s club hit 10 3-pointers and sunk Texas last season at the Erwin Center, 77-68.

The post At the buzzer: Texas 47, Tennessee State 46 appeared first on Hook ‘Em.