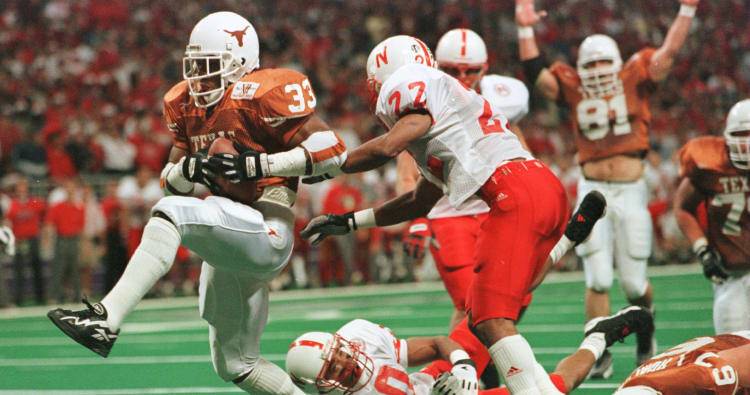 The emergence of Ricky Williams might have shortened Priest Holmes’ career, but he’s still a revered son of Austin.

In a video with The Player’s Tribune, Holmes details his journey back to the 40 Acres.

Focus. Fatherhood. Football. @PriestHolmes returns to Austin, Texas to reflect on the beginnings of his remarkable career.

Though Holmes’ college career didn’t end up the way he wanted it to due to injuries, he still loves the Longhorns and the city of Austin. “The University of Texas provided the environment for me to be successful,” said Holmes. “I’m just excited that everything turned out for the best, and I’m able to provide for my son for him to go to school.”

During his four years with the Longhorns, Holmes rushed for a total of 1,276 yards and 20 touchdowns. He eclipsed the yardage mark in his first season (2001) with the Kansas City Chiefs, when he rushed for 1,555 yards. The next season (2002) he beat out both of those Longhorn career marks, rushing for 1,615 yards and 21 touchdowns. Before he came to the Chiefs, Holmes won Super Bowl XXXV with the Baltimore Ravens.