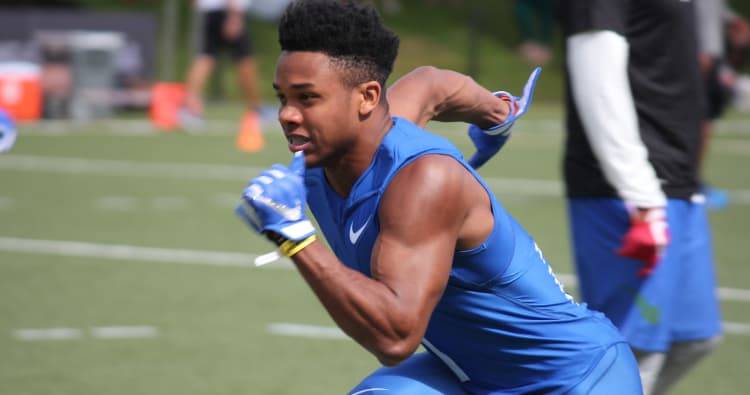 The widely expected has now come to fruition.

After months of speculation regarding Louisville (Ky.) Trinity wide receiver and Texas commit Rondale Moore’s future and whether or not he’d ever arrive in Austin, the speedy prospect decommitted from the Longhorns on Tuesday.

“With my senior season officially over and the future staring me in the face, I’ve had the time to sit back and evaluate where I have been, where I am, and where I want to be,” Moore said in his Twitter announcement. “With that being said, this decision did not come easy for me but I am decommitting from the University of Texas and reopening my college recruitment.”

After committing to Texas on June 25, Moore, who has largely been considered as a possible flip to Purdue throughout the previous months, officially visited the Boilermakers on Dec. 15.

Purdue is considered the far-and-away fronrunner to land the explosive slot receiver during his Jan. 6 announcement during the U.S. Army All-American game.

A 4-star talent, Moore was one of three wide receivers pledged to the Longhorns, alongside four-star Alief Taylor product Brennan Eagles and four-star Houston Lamar pass-catcher Al’vonte Woodard. The latter two aim to sign with Texas during the early signing period on Wednesday.

One of the nation’s fastest prospects, Moore is ranked as the nation’s No. 250 player, No. 43 wide receiver and the No. 2 player in Kentucky, per the 247Sports Composite rankings.

Countdown to signing day: What we know and what we don’t know