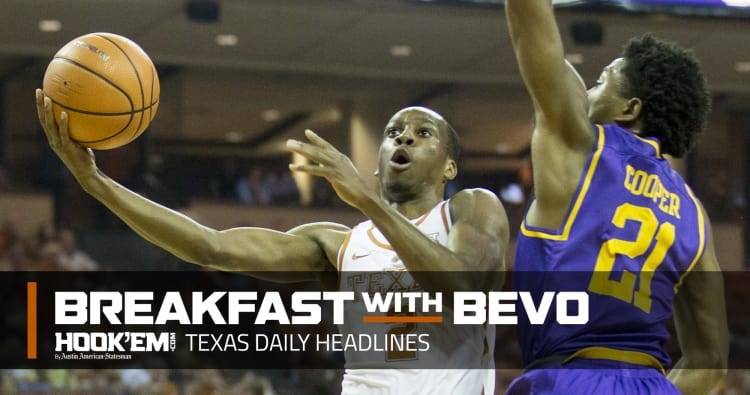 On a dreary and foggy Austin evening, the Longhorns looked sluggish from the start against Tennessee State on Monday night. It took a mid-range jump shot from Matt Coleman with 9 seconds left to pull out a 47-46 win over the Tigers. Texas finished 3 of 21 from 3-point range. Before the game, Joe Harrington put the past week in perspective for Shaka Smart’s team.

Matt Coleman: “At the end of the day, you just want to win. It felt good just pulling out a win, no matter how the game went, offensively, defensively, individually or as a team.

It’s nearly Christmas, and in Texas that can only mean one thing: High school football state championships are right around the corner. In fact, there might be some future Longhorns suiting up at AT&T Stadium this weekend, just like these current ones did when they were in high school.

The death of legendary linebacker Tommy Nobis last week was felt far beyond Texas. On Monday night, the Atlanta Falcons paid tribute to “Mr. Falcon” by wearing a No. 60 helmet decal against Tampa Bay.

Don’t forget about Priest Holmes, because the all-time great reminded us Monday that he hasn’t forgot about Texas. The former running back paid a touching tribute with a video for The Players’ Tribune that you can watch here.

Countdown to signing day: What we know and what we don’t know