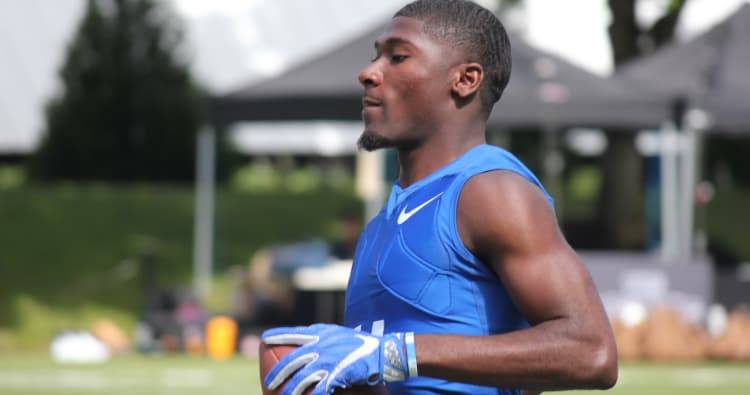 Scouting report: Woodard became an impact player at Houston Lamar as a sophomore. He was named first-team all-district in 2015 after posting 25 receptions for 503 yards and five touchdowns.

The four-star improved his numbers as a junior. He was the District 18-6A MVP as a junior, recording 35 catches for 792 yards and 14 touchdowns. His production earned scholarship offers from elite programs like Ohio State, LSU and Texas A&M. Woodard raised his recruiting stock with a consistent performance at The Opening Final in Oregon earlier in July.

Woodard is a quick, explosive outside receiver with unusual strength for a prep wide receiver. Woodard is the best vertical threat in the state, excelling when he’s in 1-on-1 situations with cornerbacks. He makes up for his lack of ideal height with an excellent vertical. Woodard is also a physical player who will not shy away from blocking.

His numbers dipped significantly as a senior due to a change at quarterback for Houston Lamar. Woodard was at The Opening Final and will play in the Under Armour All-American Game in Orlando on Jan. 4.