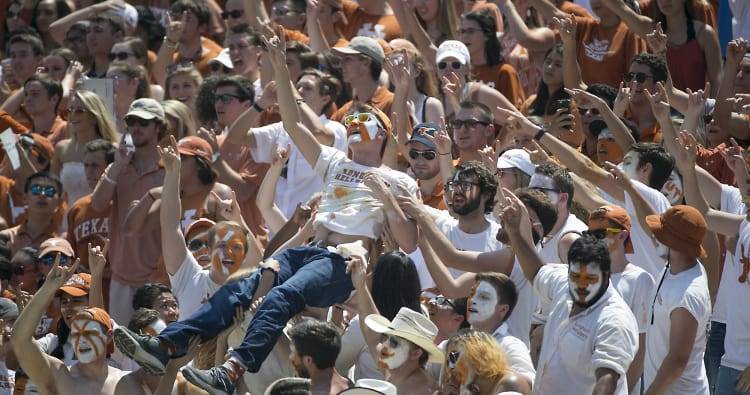 National Signing Day came early this year at the University of Texas, as an early signing period allowed Longhorns coach Tom Herman to get a jump start on his loaded Class of 2018.

The day started early with offensive lineman Reese Moore becoming the first player to sign on the dotted line, and continued fast and furious with new signings throughout the day. Follow along as we recap the steady stream of reactions from around the Texas Twitter-verse.

#Hookem officially adds the most versatile DB in the state in nickel corner/return man @D_JAMISON5 of Houston Lamar. https://t.co/ojvUefSJ5z

Before #NSD18 I spoke to #Hookem commits @jaygreen__ @nofear_2 @Vonte_4 and @D_JAMISON5 about taking H-Town to A-Town. https://t.co/J9mLmvYVsN

Shout out to cousin! @D_JAMISON5 I remember you ballin at wunderlich now you signing to THE University of Texas! Congrats boy

When we look back at this Recruting class 3-4 years from now, they will go down as one of the greatest classes in college football history. #revolUTion18 #ThisIsTexas @TexasFootball

They will be known forever as the class that changed the landscape of Texas football. I’m excited to be part of the journey and help them develop into young men on and off the field. #revolUTion18 #ThisIsTexas @TexasFootball

Take a deep breath #Hookem fans, a kicker is on the way https://t.co/IGQhCKS9Pz

Your boy is officially a college student

Say man, they woke me up to early to just stand next to this man and take a picture

Just got off the phone with #FUTure19 Gunslinger. The Future is bright at Texas. 🤘

Bro must not want You️ to leave on the right

This one is special….
Difference maker https://t.co/6fNXx9SwQX

WOW – Busy morning for Texas Football. What an incredible start to the #RevolUTion18 – Got coaches like …. @DrewMehringer @corbymeekins @CoachDWarehime @StanDraytonUT 🤘

Been waitin on this one. My mans about to stay spillin boys on the field and taking lunch money! Welcome to the fam ✌

Couldn’t have said it better 🤘

@corbymeekins you look natural to me

This class that signed is scary

Congratulations Cameron! We are all excited to watch you continue your career! #hookem #weareONE https://t.co/HfpqlPP09X