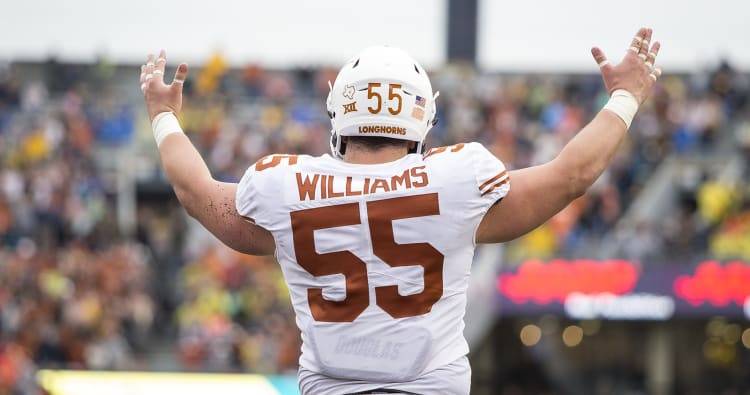 Connor Williams may be done playing for the Longhorns, but his presence will be felt for years to come at the University of Texas.

A consensus All-American as a sophomore, Williams became known for his dominating presence at left tackle. When he went down with a knee injury three games into the 2017 season, it left a gaping hole that the Longhorns never truly filled.

Off the field, Williams became known as something else: a champion for bullying awareness.

Now, he’s taking his inspiring story with him to the NFL. He recently penned an emotional letter that was published on NFL.com, going into further detail about his childhood experiences and how they helped shape him into a highly sought-after prospect.

The letter begins, “Dear bullies of my past, Thank you.” You can read the whole thing by clicking here, but here’s a short excerpt.

It’s funny how a simple game like football can change people’s mindset of you, but that’s where I really learned to put my nose down and be quiet. I was always the quiet kid that no one wanted to talk to, and just because my circumstances had suddenly changed a little didn’t mean I needed to change who I was.

It was something I had to go through. It built me in ways unimaginable. I am thankful I was the kid being bullied, and not the bully.

And, just a few months away from finding out where my NFL career will start, my gratitude is overflowing for all of you and everything ya’ll put me through during my formative years.

The post Texas LT Connor Williams thanks ‘bullies of my past’ in heartfelt letter appeared first on Hook ‘Em.