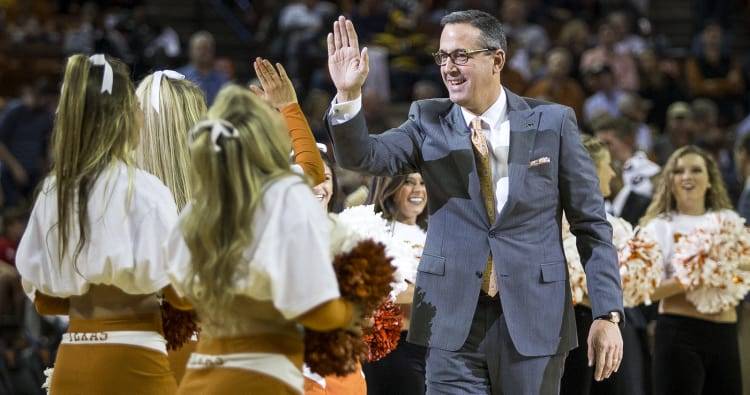 One of Chris Del Conte’s biggest strengths at TCU was his accessibility to fans. Now, the Texas athletic director is engaging Longhorns fans in a way none of his predecessors would even dream.

Some of the answers were not exactly specific. He hasn’t been on the job for one full month yet. But Del Conte is answering UT fans’ questions with the same zeal he did those posed by TCU fans during his eight years leading the Horned Frogs.

Legendary UT athletic director DeLoss Dodds didn’t have to deal with social media during his multi-decade run atop UT athletics. Steve Patterson only dipped his toe into the Twitter waters, and Mike Perrin allowed another staffers to issue tweets on his behalf.

Del Conte issues his own tweets in his own unique voice. Here is a sampling of the tweets he responded to on Monday. Del Conte’s official timeline can be found @_delconte.

Worthy look into it.. remember cost and timely transportation play a role in what we can and can’t do. 🤘

Sure… I can’t tell you for the next month or two I’ll be visiting with staff,coaches, student, donors as I need listen and learn all I can about Texas and our wants and needs before formulating any plan moving forward.. 🤘

Q&A with Texas signee Jalen Green, the No. 1 player on the Fabulous 55