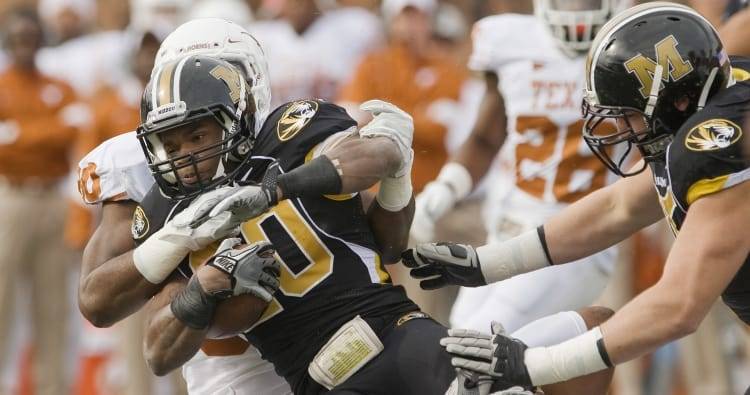 When Texas and Missouri meet next week in the Texas Bowl, it will be their first tussle since the Tigers bolted for the Southeastern Conference in 2012. The Longhorns and Tigers will renew a series that stretches all the way back to 1894 — the second recorded season of football at UT.

Let’s take a look back at some of the more memorable games between the Bevos and Mizzou.

RELATED: How Missouri went from 1-5 to 7-5, setting up a meeting between old Big 12 foes

With series that date back to the early part of the 20th century, you’ll often find scores like this one. A series of Google searches failed to unearth a box score, which leaves one’s mind to sift through the improbable scoring scenarios. Three safeties and a field goal? Can’t be.

The Tigers came to Austin for the season opener in 1985, and the Longhorns used a punishing rushing attack to start the season with a win. Charles Hunter ran for 117 yards and a touchdown as Texas jumped out to a 21-7 lead in the second quarter. A late rally by Missouri came up short.

The following season, the Longhorns suffered a season-opening loss to Stanford before heading to Columbia to complete the home-and-home. A balanced attack spearheaded by quarterback Bret Stafford and running back Darron Norris helped the Longhorns go up 24-3 at the half. Again, a late charge by Mizzou turned out not to be enough.

Fresh off the disappointment of a 12-0 loss to eventual national runner-up Oklahoma, No. 9-ranked Texas returned home to face a 4-1 Missouri squad. The Longhorns got all they could handle, including an injury to sophomore quarterback Vince Young in the second quarter.

Cedric Benson carried the load, piling up 150 yards and a pair of touchdowns — including a bulldozing 13-yard run late in the second quarter to go up 21-14. The Longhorns overcame three turnovers and a 358-299 deficit in total offense, but they wouldn’t be denied. It was the start of a 21-game winning streak.

Remember College GameDay, that hokey pregame show that travels around to campuses where the biggest football games are held? It used to come to Austin, once upon a time. And on Oct. 18, 2008, the eyes of the nation were on the 40 Acres as the top-ranked Longhorns faced No. 11 Mizzou.

“(Missouri quarterback) Chase Daniel is my pick for the Heisman,” Lee Corso declared on national TV, but he still picked the Bevos. The night belonged instead to Longhorns signal-caller Colt McCoy, who picked apart the Missouri defense to the tune of 337 yards, 2 touchdowns and a school-record 90.6 completion percentage.

GameDay has only returned to Austin once since then, in Week 3 of 2009 when Texas Tech visited for a rematch of the 2008 classic in Lubbock.

The post 5 memorable meetings between Texas and Missouri appeared first on Hook ‘Em.

Q&A with Texas signee Jalen Green, the No. 1 player on the Fabulous 55

Texas vs. Missouri: Q&A with a Tigers beat writer