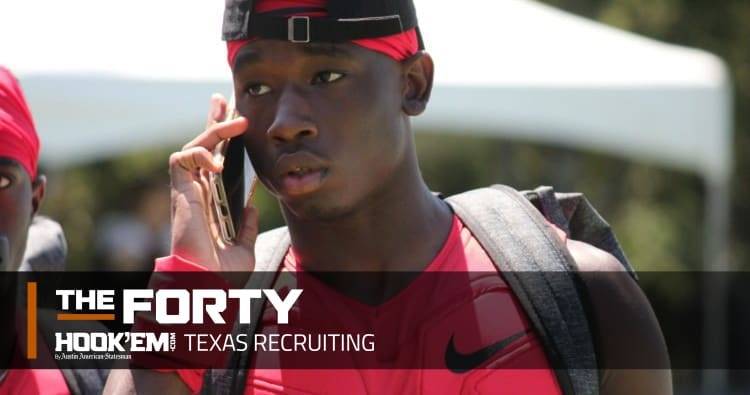 Jalen Green is officially with Longhorns

The top-ranked player on the 2018 Fabulous 55 made it official last Wednesday when he signed a national letter of intent with the Longhorns. Jalen Green, a 4-star cornerback from Houston Heights, is part of a six-man defensive back class ready to put Texas back on the map as DBU. The 6-1 cornerback will play in the U.S. Army All-American Bowl on Jan. 6 in San Antonio.

I don’t remember a time when football wasn’t my first love. My dad played football and I would go to his games and it became my favorite thing in my life.

I really clicked with coach [Tom] Herman and [cornerbacks] coach [Jason] Washington. I first met those guys when they were at Houston and we had a connection from my sophomore year. They were one of the first coaching staffs to believe in me as a cornerback.

I need to stay healthy and come into Texas over the summer ready to compete for a starting spot.

Communication with the coaches. It was important to be on the same page.

He is a great coach. He knows what he is doing and I trust him when he talks.

Cornerback, but I’ll also get some snaps on offense in various situations.

I don’t have a favorite artist.

“Planet of the Apes.”

I only watch college football.

The post Q&A with Texas signee Jalen Green, the No. 1 player on the Fabulous 55 appeared first on Hook ‘Em.

5 memorable meetings between Texas and Missouri