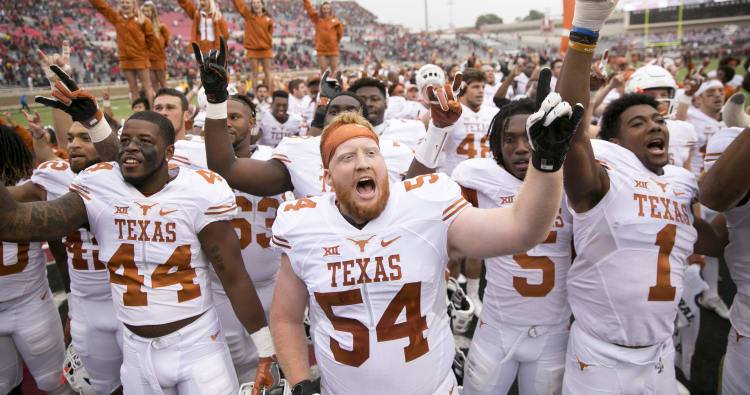 Ah, college memories. While many of their teammates pursued NFL aspirations, the walk-on players at the University of Texas got the experience of playing football for the Longhorns without all the pressure.

And they’ve got the Instagram photos to prove it.

As their careers come to a close, the unsung heroes decided to say goodbye with a spoof of the Nickelback song “Photograph.”

Thank you @TexasFootball for the 4 years of memories, and a lifetime of brotherhood. 4th year walk-ons signing out. #CurtainCall #WalkOn4Lyfe
Shot and edited by @NickKlesmith 🙌🏼 pic.twitter.com/0WZ8GakAr9

If you’re unfamiliar with the Twitter account @ut_walkons, this is par for the course. The group has provided comedic relief during a turbulent first season under coach Tom Herman, including the “Walkee Talkee” web series and a sideline celebration during the Oklahoma game that went viral.

We can only assume these guys are leaving Texas football just as they arrived: lip-syncing Nickelback while wearing cut-off hoodies. The walk-on brand is strong.

Texas vs. Missouri: Q&A with a Tigers beat writer