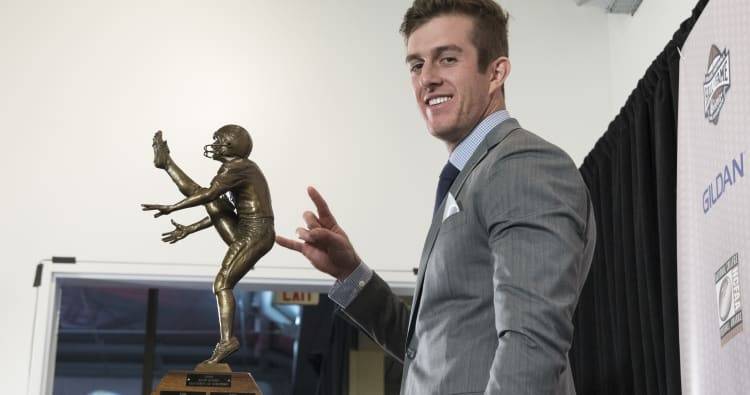 Here are five key Texas-Missouri matchups to watch Wednesday in the Texas Bowl:

Texas vs. yet another good quarterback

So far, Texas has faced five quarterbacks that are ranked among the nation’s top 20 passing leaders. Drew Lock will be the sixth. West Virginia’s Will Grier and Texas Tech’s Nic Shimonek each had limited reps against the Longhorns, but USC’s Sam Darnold (397 yards), Oklahoma’s Baker Mayfield (302) and Oklahoma State’s Mason Rudolph (282) all had good outings. Lock ranks 14th nationally with 3,695 yards and has thrown for more than 400 yards three times this season.

Missouri tight end Albert Okwuegbunam has scored on 11 of his 25 receptions this season. But senior receiver J’Mon Moore has been the Tigers’ biggest weapon in the passing game; he has 60 catches for 1,017 yards and 10 touchdowns. Missouri will face a Texas secondary missing DeShon Elliott. Texas  ranks 107th nationally in passing yards (257.9 yards per game) but 54th in defensive passing efficiency (125.19).

Texas boasts a top-1o run defense, allowing 105.7 yards per game. Missouri ranks 62nd, giving up 163.5 rushing yards per game. The Longhorns will face a tougher test, however; Missouri’s Ish Witter has topped 100 yards in three straight games. Texas’ top rusher is quarterback Sam Ehlinger, who’s rushed for 364 yards this season, and the Longhorns won’t have Toneil Carter, who’s been suspended, or Chris Warren III — the only running back with a 100-yard game this season — because he’s left the program.

Freshman wide receiver Reggie Hemphill-Mapps (400 receiving yards) and freshman running back Daniel Young (325 rushing yards) are among Texas’ top Houstonians who’ll be on the field. But there also are three Missouri players who’ll be enjoying a homecoming — including freshmen safety Joshuah Bledsoe and defensive lineman Kobie Whiteside, who have combined for 21 tackles on a defense allowing 31.8 points per game.

Dickson, Texas’ NFL draft-bound Ray Guy Award winner, is averaging 48.38 yards per punt on his 73 kicks this season. That’s just off the NCAA record for punters with a minimum of 50 punts (West Virginia’s Todd Sauerbrun, who averaged 48.42 yards in 1994). However, two more punts could put Dickson in line to break the NCAA mark for punters with a minimum of 75 kicks (Idaho’s Austin Rehkow, who averaged 47.75 yards in 2013).

Long-term outlook may be bright, but undermanned Texas must first tangle with Missouri