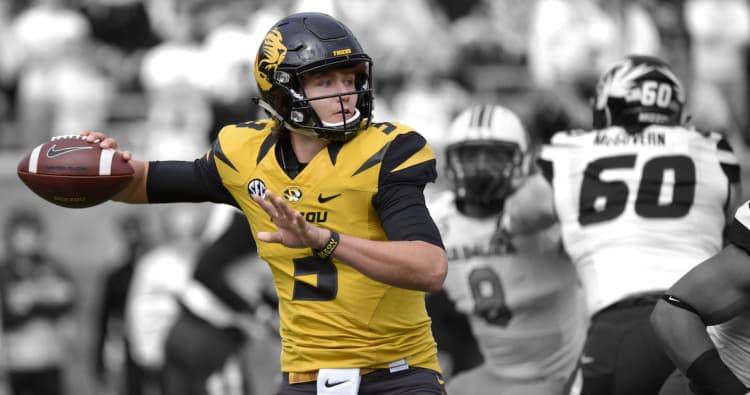 We’ve interviewed the beat writer of Texas’ opponent each week this season. For the Texas Bowl, Daniel Jones (@daniel_m_jones) of the Columbia Daily Tribune offers his insight on the Missouri Tigers.

1. What has changed for the Tigers over the course of this six-game winning streak?

They are playing like a more confident team. It’s hard to pinpoint because a number of position groups have improved over the back half of the season. Certainly Drew Lock has really zoned in over the last six weeks. He was under some criticism at the beginning of the year for not performing very well against Power 5 or SEC opponents in particular. He’s pretty much erased that narrative after eviscerating Missouri’s last six opponents of the year, and he now leads the nation in touchdown passes. The defense has also been a lot better and ended up finishing the year first in the SEC in tackles for loss, with 92.

2. How good has Drew Lock been this season?

Really good. The thing that stands out immediately is that he’s got a cannon. My guess is that he’ll be throwing deep plenty against Texas’ depleted secondary. He struggled to make reads last year and at the beginning of this year. To simplify things in a new system, offensive coordinator Josh Heupel had Lock basically read one half of the field. That changed over the second half of the season. Lock looked a lot more comfortable, started throwing to all parts of the field and cut down drastically on his missed reads that led to interceptions.

3. Will the loss of Heupel hurt the Tigers, or can they survive the bowl game without him?

I think for the most part they’ll be fine without him. The tight ends coach, Joe Jon Finley (who played and coached at Oklahoma), will call the plays for the bowl game. He’s familiar with how Heupel ran things and should be plenty capable. Lock’s familiarity with the system is also important. I wouldn’t be confident in his ability to survive without Heupel at the end of last year, but I think he’s in a different place now with his ability to fend for himself.

4. Texas fans are familiar with Missouri assistant coach Brick Haley. What kind of job has he done with the Tigers’ defensive linemen?

That’s one group that has made a lot of progress this season. I didn’t think they had the same level of talent as some of the other Missouri defensive lines in recent past, ones that produced Charles Harris and Shane Ray and Michael Sam and Sheldon Richardson. But they’ve still been pretty effective. Terry Beckner Jr. has had rotten luck with injuries in college but started playing up to his potential at the end of the year. Marcell Frazier has also been really good, and they might have another big name for the future with redshirt freshman Tre Williams.

5. Name one Missouri player that Texas fans aren’t talking about — but should be.

I’d nominate the entire Tigers’ offensive line here. As a group, I think they felt disrespected that none of them got any all-SEC honors even though Missouri gave up the fewest tackles for loss in the nation (34, or 2.83 per contest) and ran for 200 yards per game. There’s not one single standout, but center Trystan Castillo, left tackle Yasir Durant and right guard Tre’Vour Simms have all been very good in their first year starting while left guard Kevin Pendleton and right tackle Paul Adams return from last year’s starting unit.

6. Since this game is in Houston, is there anything that you’re looking forward to doing during your trip?

The warm weather will certainly be nice. I’ve been snarled in traffic the other times I’ve been to Houston, so I’m hoping that won’t be the case for this trip, too. I love local eats so I’m eager to visit some true Houston joints. Underbelly and Hugo’s look pretty good.

The post Texas vs. Missouri: Q&A with a Tigers beat writer appeared first on Hook ‘Em.

5 memorable meetings between Texas and Missouri