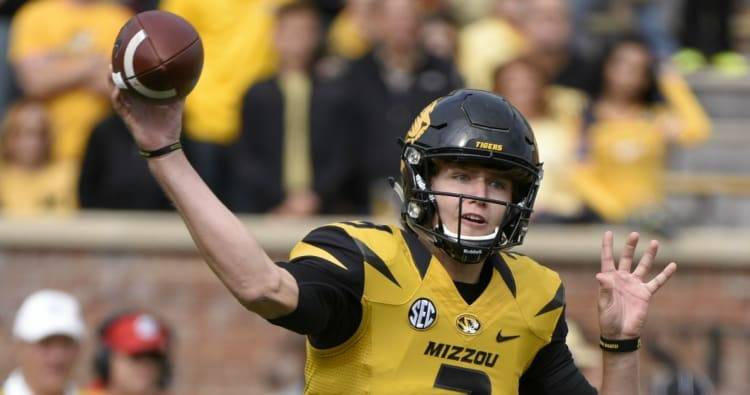 On Wednesday night in the Texas Bowl against Missouri, the eyes of Texas will be upon …

At times, Texas’ season has seemed like a NFL draft preview. The Longhorns have faced quarterbacks Sam Darnold, Mason Rudolph and Baker Mayfield. Next up is Drew Lock, who has not yet announced whether he’ll return to Missouri for his senior season. A third-year starter, Lock leads the country with 43 touchdown passes, 26 of which have come in his last six games. Said Tom Herman: “He’s on a six-game run that’s as good as there is in the country.”

Ish Witter has stepped up in the place of Damarea Crockett, a sophomore who rushed for 1,000 yards last year but has been slowed by a shoulder injury. Witter, a senior, is 8 yards shy of his first-ever 1,000-yard season, and he has scored 6 touchdowns this fall. Witter has especially stood out over his last three games as he followed up a 216-yard performance against Tennessee with 102- and 170-yard efforts at Vanderbilt and Arkansas. Texas hasn’t allowed a 100-yard rusher in six games, going back to Oklahoma State’s Justice Hill on Oct. 28.

Marcell Frazier, a second-team All-SEC selection, is coming off a standout performance in Missouri’s 48-45 win over Arkansas. He notched a career-high 8 tackles, 3 1/2 of which were for a loss. The 6-foot-5, 265-pound senior also had a sack and broke up 3 passes. Frazier leads Missouri in tackles for a loss (13 1/2) and quarterback hurries (8). With 7 sacks, he’s tied with Terry Beckner Jr., for the Tigers lead in that statistical category.

The post The Eyes of Texas: 3 Missouri Tigers the Horns will be watching appeared first on Hook ‘Em.