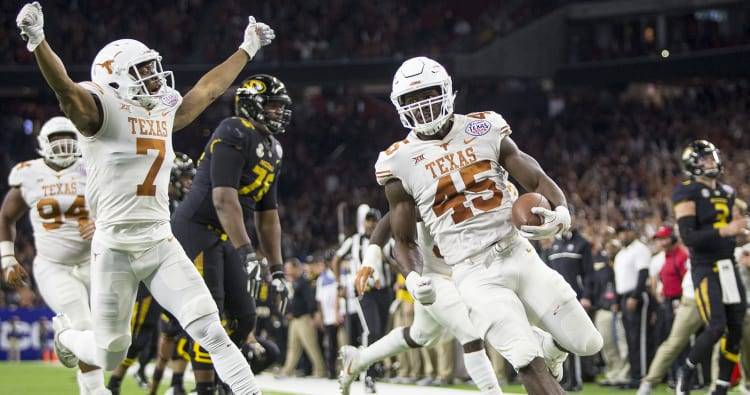 Just as it looked like Missouri was starting to build momentum, the Texas defense came up with a game-changing turnover.

Longhorns safety P.J. Locke forced an Ish Witter fumble, which Anthony Wheeler scooped up and returned 38 yards for a touchdown. Texas led 21-7 after the score.