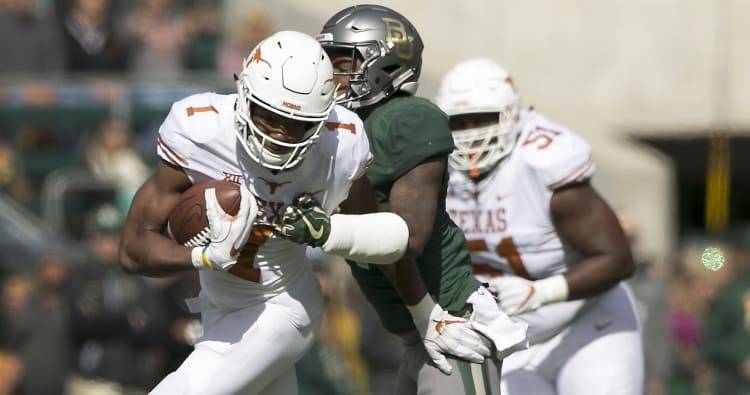 Texas quarterbacks Shane Buechele and Sam Ehlinger both threw touchdown passes in the first quarter of the Texas Bowl, helping the Longhorns grab a 14-0 lead over Missouri.

Wide receiver John Burt made the highlight play of the opening period on the second touchdown, dragging his feet in the corner of the end zone to snag a 7-yard pass from Ehlinger.

Here’s the John Burt toe-tap TD. One of his best plays of the season. pic.twitter.com/tMtBLT2YxG