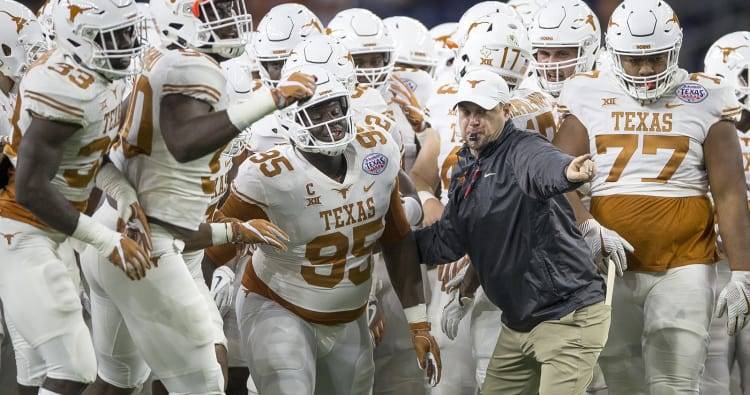 Texas finished off its first winning season since 2013 with a 33-16 win over Missouri in the Texas Bowl, and it felt so good.

In fact, the Longhorns might have been feeling themselves a little too much after wide receiver Armanti Foreman scored a touchdown in the final minutes.

After the 18-yard run, keyed by a block from quarterback Sam Ehlinger, the UT sideline was spotted partaking in some awkward dancing. At one point, Ehlinger and coach Tom Herman went chest-to-chest.

But was it an innocent moment of fun, or something a little more sinister?

On Twitter, Missouri fans and several media outlets pointed out that the celebration resembled the one by Missouri quarterback Drew Lock after he threw a deep touchdown pass in the third quarter. Take a look below.

So, was Herman joining in with his team’s celebration fair or foul? You be the judge.