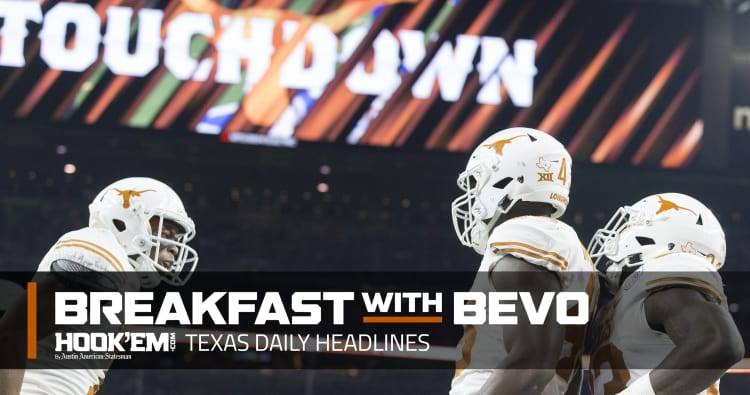 The Longhorns defeated the Missouri Tigers 33-16 in the Texas Bowl to secure their first winning season since 2013. And if you think 7-6 isn’t much better than 6-7, don’t tell Tom Herman. A winning season, along with a first bowl win since 2012, is big for a program looking to head in the right direction. Texas won in much the same way it did throughout the season, with a great defensive effort and just enough offense. What was different was the Longhorns were missing a lot of talent due to injuries and early exits. With Malik Jefferson ruled out in pregame, the remaining Texas linebackers proved they could step up and play well. In addition to the tough defense, the Longhorns got enough points from the offense to hold off the Tigers, highlighted by Armanti Foreman’s final score as a Longhorn. Of course, the win was a welcomed result for Texas fans. For those expecting the Longhorns’ meltdown, the collapse never came.

Mo Bamba and Texas prep for tough test against Kansas

Despite some solid, if not great, efforts from Isaiah Taylor and Jarrett Allen, those NBA talents couldn’t win against Kansas. Now Mo Bamba gets a shot. Calling it a statement game, the freshman has the confidence that Texas can win. The Longhorns host the Jayhawks on Friday at 8 p.m. and as of Thursday the school announced that 1,000 tickets remained. Kansas has a good road following and will likely pick up those remaining tickets if UT fans pass them up. If Texas has any shot to beat the reigning Big 12 champs, Bamba may have to have a breakthrough performance and play like a real NBA talent.

Texas recruiting writer Mike Craven takes a look at the early signing period and gives position grades for the Longhorns 2018 class. The current class of ’18 is ranked No. 3 in the nation, behind Ohio State and Georgia. The Texas offense will see two quarterbacks join the team and a stable of offensive linemen. The defense needs to lock up some linemen but have sealed up a pair of linebackers already. The defensive backfield looks especially good. Will the success of DeShon Elliott and Holten Hill, coupled with the signing of this highly graded class, mark a return to DBU?

Lashann Higgs scored a caree-high 25 points as the Longhorns opened Big 12 play with a 88-78 win over the Oklahoma Sooners in Norman on Thursday night. Texas, ranked 8th in the country, moves to 10-1 after the win and looks to keep pace with Baylor. The women’s basketball team has its first Big 12 home game on Sunday against West Virginia.

Future Longhorns set to represent at Under Armour All-America Game