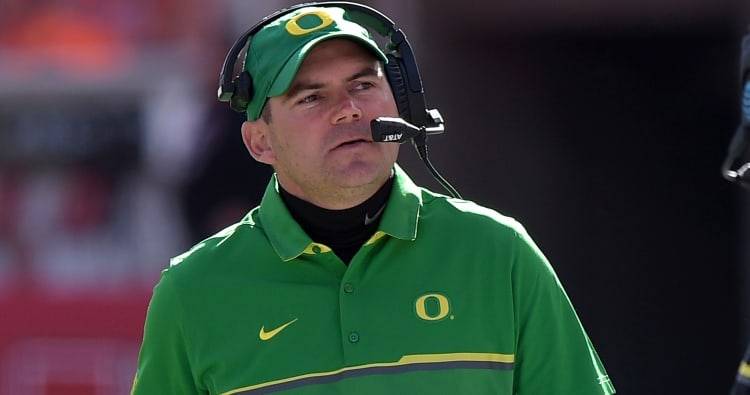 College football teams will be allowed to hire a 10th assistant coach in January when a new NCAA rule change goes into effect. That means Texas coach Tom Herman will soon have an opening.

Internet reports circulated on Saturday that Herman is talking with former Oregon coach and noted offensive mastermind Mark Helfrich. Both Herman and Helfrich are represented by the same agent, Trace Armstrong.

Helfrich was 37-16 in four seasons as Oregon’s head coach from 2013-16. The Ducks finished among the top five nationally in scoring his first three seasons. He was the team’s head coach when Oregon, led by quarterback Marcus Mariota, defeated Texas in the 2013 Alamo Bowl, which served as coach Mack Brown’s final game.

Neither Herman nor Armstrong responded to messages by the American-Statesman.

Earlier this month, Herman said he had not given extensive thought to who he would hire or whether it would be an offensive or defensive coach. The current staff was in a frenetic pace to prepare for the Texas Bowl and get through the early signing period, which started Dec. 20.

“Initially I thought about a defensive guy to even out the staff, but I think it’s kind of like recruiting a little bit,” Herman said in mid-December. “You almost want to go best available and so I think that you kick the tires on both sides of the ball.”

The post Could Texas hire Mark Helfrich as the new 10th assistant in January? appeared first on Hook ‘Em.

Defense should be fine, but Texas has all sorts of offensive questions heading into 2018