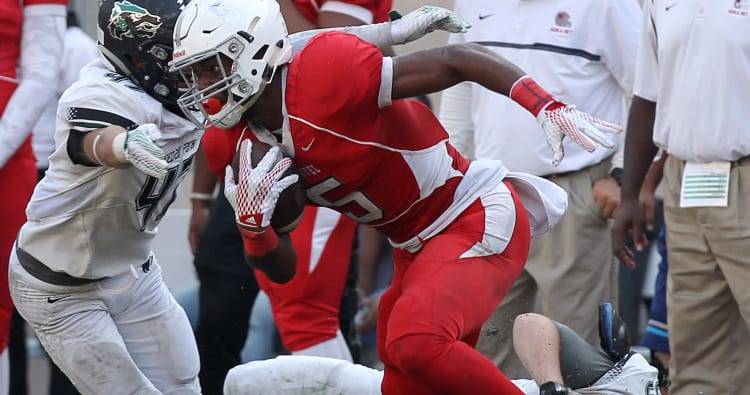 ORLANDO — The hot topic in recruiting is the early national signing period. Texas signed 19 of its 21 current commits during the three-day window which started on Dec. 20. Most of the recruits enjoyed the ability to sign early and get the process done. Others, aren’t as happy with the new rule changes.

“It is good for kids who are enrolling early or know exactly where they want to go,” said outside linebacker Nik Bonitto, a Texas target. “It puts pressure on the rest of us to sign before we’re ready.”

It is especially difficult for players who go deep in the state playoffs. In Texas, for example, the state title games took place the week of national signing day. Finals were also taking place, which led to Jalen Preston, a Fabulous 55 member, to hold off signing with Texas A&M.

“I was still in the playoffs and had finals, so coach Jimbo Fisher knew I needed more time with the coaching change,” said the 4-star wide receiver. “It’s tough balancing football and recruiting at the same time. It’s the biggest decision of my life.”

Joshua Jefferson, an offensive guard from Maryland, echoed those sentiments. He plays for St. John’s College High School, a premier power in his state. Jefferson believes the early national signing day was made to benefit the schools, not the players.

“I don’t like it at all. For the players, it gives schools another reason to pressure you. If you don’t sign early, who knows if your spot will be open?” he said. “It’s hard to concentrate on recruiting during the football season, especially if you’re on a championship team. There is like two weeks to go see schools after the season before signing day. How can you sign at a place if you haven’t seen all the options?”

The rule did help most players, at least with the elite prospects represented at the Under Armour All-America Game, which takes place Jan. 4 in Orlando. It gave early enrollees and players who know where they want to sign to get the process done.

“I loved the early signing period,” said Texas signee Malcolm Epps. “My cell phone is quiet now because no one can keep recruiting me to another school. We’d still have to wait another month or so if we weren’t able to sign.”

Could Texas hire Mark Helfrich as the new 10th assistant in January?