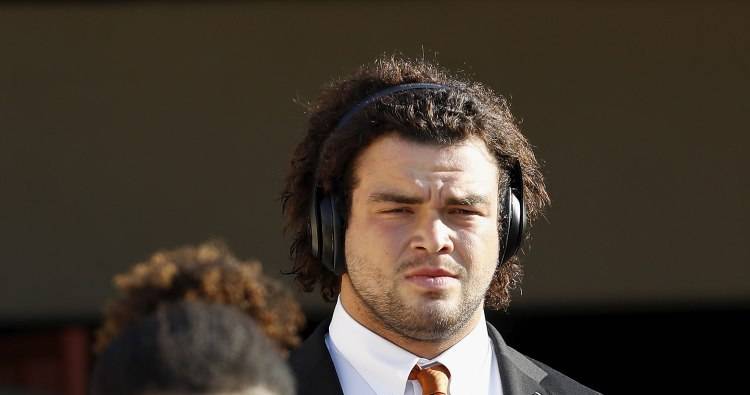 Offensive linemen are among the most prized items coveted in the NFL.

The 6-foot-5, 305-pounder missed much of last season with a knee injury. He returned for a strong effort in the West Virginia game before deciding against playing the Longhorns’ 33-16 triumph over Missouri in the Texas Bowl last week.

Despite his sporadic efforts this week, NFL scouts appear to have noticed what he’s done.

Eric Galko of the Sporting News reports that Williams could be the No.  1 pick of the draft. That selection is held by Cleveland.

It’s expected to be a deep draft for offensive linemen in the 2018 draft. But Galko says Williams might be the best of the crop.

“Connor Williams of Texas, Orlando Brown of Oklahoma and Quenton Nelson of Notre Dame are all set to be top-10 picks,” Galko said. “Williams might emerge as the first overall draft pick.”

Texas has notched three No. 1 picks since the NFL Draft started.  Tommy Nobis was picked No. 1 by Atlanta in 1966. Earl Campbell earned that designation from Houston in 1978. And Kenneth Sims was the top pick by New England in the 1982 draft.

Notre Dame and USC lead all college football programs with five No. 1 overall picks. Auburn, Georgia and Stanford have four No. 1 picks. And Ohio State and Oklahoma join Texas with three No. 1 picks.

The post Connor Williams expected to have a good shot at No. 1 pick in the NFL Draft appeared first on Hook ‘Em.