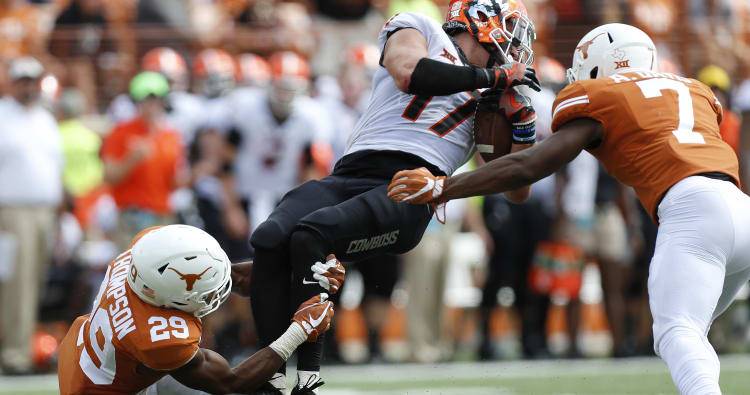 Texas freshman cornerback Josh Thompson will head into his first off-season on the injury report.

On Wednesday, Texas announced that Thompson underwent an arthroscopic knee surgery earlier in the day. Texas characterized the procedure as a success, and Thompson tweeted the “surgery went well.”

Texas expects Thompson to be available when it begins spring drills.

Surgery Went Well. Thanks Everyone For All The Prayers

A four-star signee out of Nacogdoches, Thompson appeared in nine games this season. He did not log any starts, although Tom Herman named him as a possible mid-season replacement for the suspended Holton Hill. Thompson also missed a game at West Virginia with a concussion.

The six-foot, 200-pound Thompson finished the year with 13 tackles and one pass break-up. He shined on special teams and pinned several of Michael Dickson’s punts inside the 5-yard line.