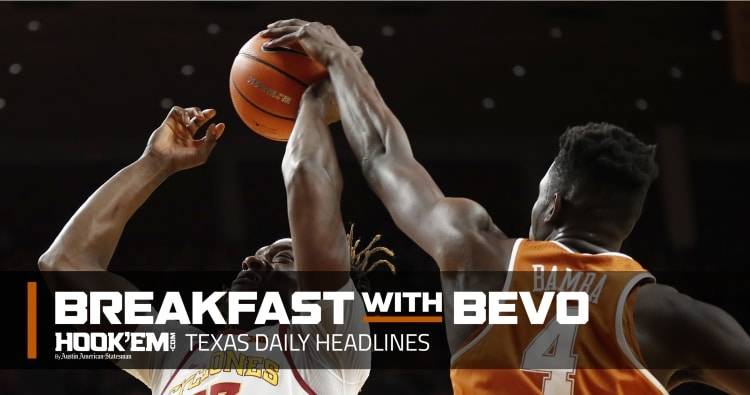 Texas in the running for 4-star linebacker

With Malik Jefferson announcing his intentions to enter the NFL draft on Sunday, the Longhorns are in need of more talent at the position. DeShaun White could end up filling the void left by Jefferson. White is currently committed to Texas A&M, but the linebacker out of North Richland Hills now sees his recruiting situation as “wide open.” He’s currently practicing in San Antonio for the U.S. Army All-American Bowl and would like to make a final decision before National Signing Day on Feb. 7. Anthony Cook, Jalen Green and Caden Sterns are also in San Antonio this week. They’re ready to play early in the Longhorns’ defensive backfield.

Recruits at the Under Armour All-America Bowl

Texas recruiting writer Mike Craven caught up with a few Texas recruits as they prepared for the Under Armour All-America game in Orlando, Fla. Al’vonte Woodard is glad that the process is over for him, but he sees the importance of adding unsigned players to Texas. He’s ready to help the Longhorns recruit the likes of Joshua Moore, Jalen Preston and Nicholas Petit-Frere. DeMarvion Overshown, a 4-star safety signee, will use the Longhorns’ Texas Bowl win over an SEC team to help with recruiting potential teammates.

Dylan Osetkowski hit 7 3-pointers and scored 25 points to help the Longhorns take a conference road win in overtime against Iowa State on Monday. As a team Texas made a season-high 13 shots from beyond the arc. The Longhorns have been lacking that kind of range as of late. The effort led the Longhorns (10-4, 1-1 Big 12) to their first win at Hilton Coliseum since 2010.

Longhorns in the NFL: Some rest up while others hit stride in Week 17