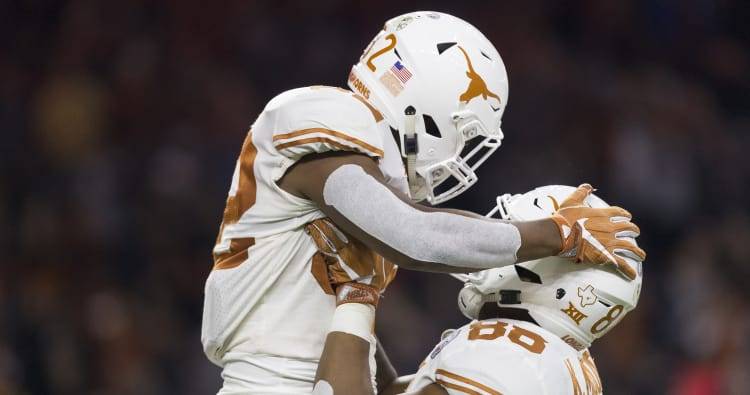 New Texas athletics director Chris Del Conte says he doesn’t think the Longhorns will be adding any new football uniforms under his watch.

Del Conte responded to questions about possibly adding alternate uniforms from Texas fans on Twitter this week. When asked if he had any ideas for alternate uniforms, he said he is “not one to mess with tradition.” He also said he agreed with another fan who begged him not to make any changes to the Longhorns’ traditional look.

Hmm, I’m not one to mess with tradition. As DKR once said dance with the one that brung ya.. https://t.co/ZcPpAjIMTB

Del Conte is known for engaging with fans on Twitter, answering questions and addressing concerns. While he will sometimes defer to other university employees or say that an issue is still up for consideration, he made his stance on this issue fairly clear.

Another fan asked the Texas AD why he took that stance on the Longhorns’ uniforms when TCU, his former school, has a lot of alternate uniform combinations. Under Del Conte’s watch, the Horned Frogs debuted multiple new football uniforms, including a number of alternates they’ve worn during games against the Longhorns in recent years.

However, Del Conte said Texas’ tradition puts its program in a different position than the Frogs.

Honest question @_delconte …. why did TCU have so many uni options if it is such a bad idea? One alternate will not spoil tradition. We are & will always be TEXAS. HOOK’EM

Texas coach Tom Herman said when he first took the Longhorns job that alternate uniforms were worth considering, but that the Longhorns also have a tradition worth preserving.