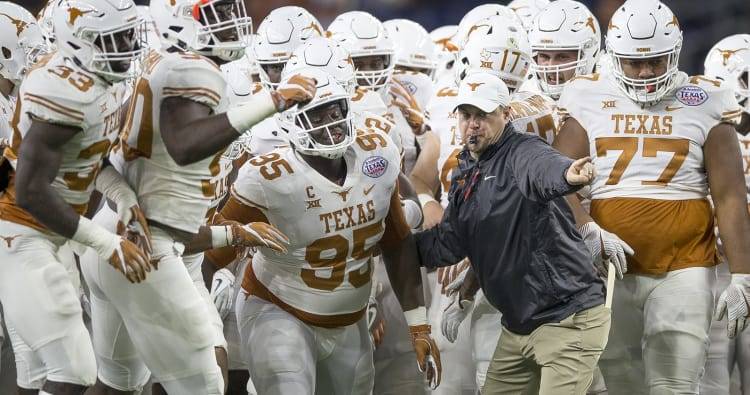 There’s way too early, and then there’s ranking teams before the previous season’s national champion has been crowned.

Nonetheless, the calendar has flipped to 2018, and inquiring minds want to know what the picture looks like for next season. Athlon Sports released a top 25 on Wednesday, and it has Texas at No. 18.

The Longhorns are just behind Florida State and ahead of LSU, and have the second-highest ranking among Big 12 teams behind Oklahoma. The Sooners, who crashed out of the College Football Playoff in Baker Mayfield’s last game, check in at No. 6.

Predictably, the top four consists of supernovas Alabama, Clemson and Ohio State, with Georgia rounding out the group.

West Virginia and Kansas State represent the Big 12 near the bottom, and Iowa State, Oklahoma State and TCU received mentions below the top 25.

Of course, there are still plenty of NFL Draft decisions yet to be made, another signing day for recruits, and who knows what else may come up between now and September. But what’s college football without rampant speculation and hype?

Connor Williams expected to have a good shot at No. 1 pick in the NFL Draft