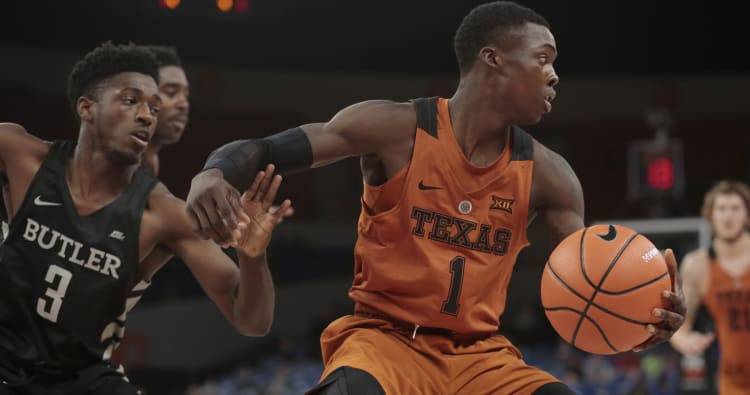 Texas guard Andrew Jones has moved beyond his fractured wrist injury that kept him out of four games in December. He’s now battling an unidentified illness that is robbing the sophomore’s energy.

“He just, to this point, has not had the energy,” coach Shaka Smart said Thursday. “So we’re trying to figure out through the different testing what his ailment is. There’s something else, some type of sickness.”

A team spokesman said Jones was under the weather during Monday’s game against Iowa State. Jones played only 11 minutes and had eight points with one steal and one turnover.

He was averaging 15.3 points before suffering a fractured wrist during two falls against Virginia Commonwealth on Dec. 5. That injury kept Jones out of the next four games. He returned against Kansas in the Big 12 opener but was limited. Smart said then Jones had to get back into game shape.

But it’s clear now that Jones is battling something else. “I’d love to have him back to 1,000 percent today. But he’s not just been feeling like himself,” Smart said.

“It’s not for lack of trying,” the coach added. “He goes out there and really, really wants to play, obviously and wants to help his team. But he just, to this point, has not had the energy.”

The Longhorns (10-4, 1-1 Big 12) will need all available bodies as the league season progresses. Texas next plays at Baylor on Saturday and returns home to face TCU on Wednesday.