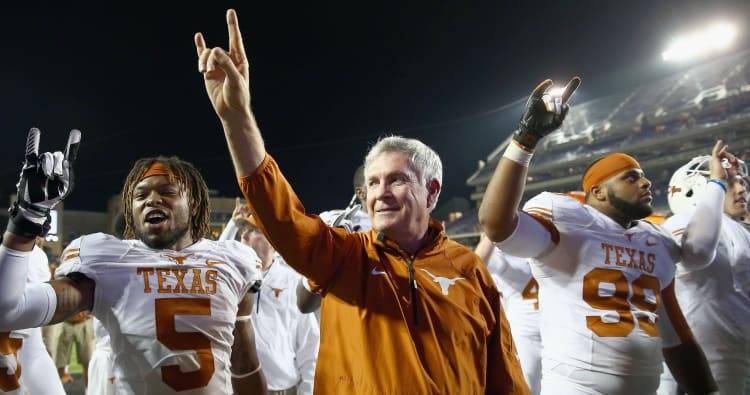 Former Texas coach Mack Brown could have his opportunity to join college football’s immortals on Monday when the newest class to join the College Football Hall of Fame.

The National Football Foundation and the College Football Hall of Fame will announce their 2018 class between 8:30 a.m. and 9 a.m. on that date on ESPN’s morning Sports Center.

Brown is among 11  players and coaches who have either a connection with a Big 12 school or played or coached in the conference. That list is among the 81 finalists heading into Friday’s announcement.

Several of the new inductees will also participate in the pregame festivities and coin toss before the College Football Playoff national championship game Monday at Mercedes-Benz Stadium in Atlanta.