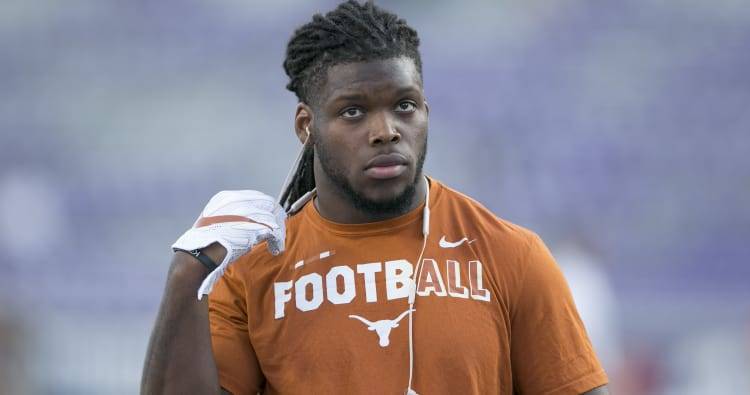 Drake and Nicki Minaj have produced hits for Lil Wayne in the music studio. Former Texas linebacker Malik Jefferson will look to do the same on the football field.

Jefferson will be represented by Young Money APAA Sports and Entertainment, Forbes reported this week. On its website, Young Money APAA Sports and Entertainment says it specializes in “contract negotiations, marketing opportunities and client concierge services.” Jefferson announced this past Sunday that he was forgoing his senior season at Texas and entering the NFL Draft.

Also for Twitter the link to the article to go with caption..https://t.co/QbQQEC9KNo

APAA Sports merged last year with Young Money Entertainment, which is the record label founded by Lil Wayne. Drake and Nicki Minaj are among Young Money’s superstar artists. Jefferson, though, could arguably be the biggest name under the AAPA Sports umbrella.

Jefferson has been projected as a first-round talent.

Jefferson was the Big 12’s co-defensive player of the year this season. The 6-3, 240-pound linebacker missed the Texas Bowl with a toe injury, but his 110 tackles still led UT by 47 stops. Jefferson also registered four sacks for a Texas defense that made significant improvements under new coordinator Todd Orlando.

In 2015, Jefferson was a five-star recruit out of Mesquite Poteet High.

2019 is the year of the wide receiver; Noah Cain talks Texas, recruiting

Kevin Durant on his $3-million donation, legacy: Texas is about ‘much more than basketball’