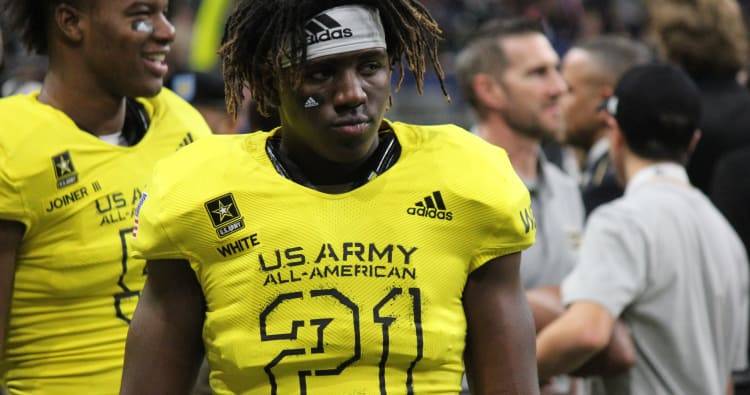 North Richland Hills outside linebacker DaShaun White committed to flipped his commitment from Texas A&M to Oklahoma hours after competing in the U.S. Army All-American Bowl. The 6-foot-1, 222-pound prospect was ranked as the No. 16 outside linebacker in the nation, per 247Sports Composite.

White, a 4-star linebacker and a member of the Fabulous 55, was also a target of Texas, who lost out on fellow linebacker target Nik Bonitto to Oklahoma at the Under Armour All-America Game in Orlando on Thursday. The Longhorns hold linebacker commitments from Byron Hobbs and Ayodele Adeoye.

Texas sits at 21 commitments, with 19 signed. The dead period ends Wednesday and expect the Texas staff to chase another linebacker target by the time national signing day on Feb. 7. The Longhorns’ 2018 recruiting cycle ranks third in the nation and first in the Big 12.