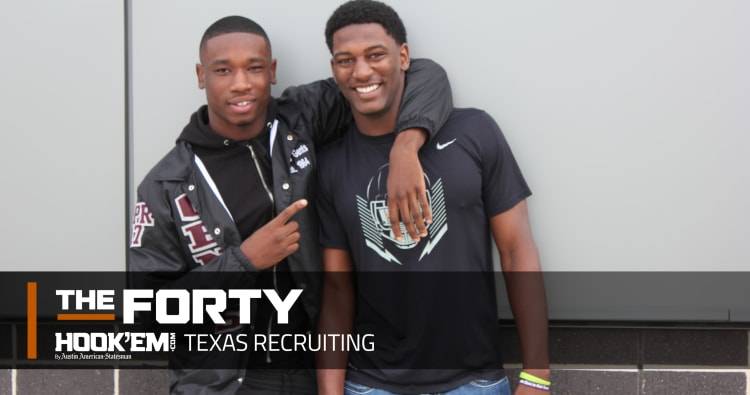 Texas assured the best player in the state for the 2018 cycle would be a future Longhorn when 4-star cornerback Anthony Cook of Houston Lamar chose Tom Herman’s program over Ohio State and LSU. Cook was the final piece of an elite puzzle that included the best players in Texas.

With the second national signing day approaching on Feb. 7, the Longhorns are left to cherry-pick remaining targets knowing the core of their class is signed, a sense of sureness new to the recruiting cycle with the advent of the early signing period. Texas signed 19 of its 21 commits during the three-day period in December.

Those signees include the candidates for top player in 2018. The American-Statesman’s Fabulous 55 will be updated one more time before the book is closed on this cycle and focus shifts to 2019.

The question is: Which future Longhorn?

The case: Green is a long, athletic cornerback who is still scratching the surface at the position. He spent time at quarterback in high school and didn’t start playing corner until his sophomore year. Green arrived on the recruiting scene that season when he held his own against now Oklahoma Sooners receiver CeeDee Lamb. He had a great week at the U.S. Army All-American Bowl and was a star at The Opening over the summer.

The case: The versatility of Sterns gives him an advantage over most prospects. The 4-star can play safety, cornerback and in the nickel. He’s a hard-nosed run-stopper and might be the best open-field tackler of any safety in the state. Combine that with his coverage skills and it’s easy to understand why the one-time LSU commit was a coveted recruit.

The case: There is no doubting the athleticism and potential of Foster, who spent most of his prep career playing running back. The early enrollee will get every chance to make an impact at safety as a freshman because of the departure of DeShon Elliott. Foster is an explosive athlete who stayed healthy throughout his senior season, something he failed to do as a sophomore and junior. Foster caused a fumble and recorded an interception at the Under Armour All America Game.

The case: Cook was a one-time 5-star prospect who spent most of his senior year reigning as the top player in the state. He performed well at offseason camps and was one of the best Texans at The Opening over the summer in Oregon. Cook is a prototypical cornerback with the right combination of size, length and speed. He’s aggressive in man-coverage and welcomes a challenge. He’s a physical player who also helps in run support.

The case: Eagles is the best wide receiver in the state. In a year full of elite wide receivers like Al’vonte Woodard and Jalen Preston, no one offers the combination of size, length and speed of Eagles. The 6-4 receiver is a highlight machine and was uncoverable at the Army All-American Bowl. The 4-star will enroll early and could push for snaps as a freshman.

The case: Overshown is an interesting prospect. On one hand, he’s a small-town kid who rarely went to camps so it was hard to gauge how easily his skills would translate to the big stage. He’s simply the best player on every high school field he steps on and no one knew how he’d react surrounded by equal athletes. He answered those questions at the Under Armour All-America Game, dominating from the safety position during the week of practice and at the game. The 6-4 prospect could grow into an outside linebacker.