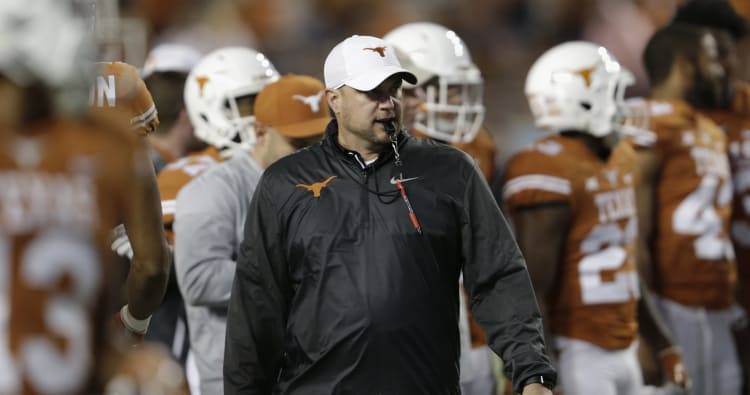 Despite losing a sizable chunk of its playing roster to the NFL Draft, Texas has been listed with a surprising early sign of strength.

Bovada.lv, an online web service, has listed the Longhorns as a 20-to-1 pick to win the national championship next season. The Longhorns are tied for eighth nationally with that number with Auburn and second in the Big 12 behind Oklahoma (18-1).

Odds to win the 2018 national championships, per Bovada. pic.twitter.com/2C8BpnrmQq

It will be a test of Tom Herman’s coaching for his team to reach that standing next season. The Longhorns return eight offensive starters, five defensive starters and a kicker from their 7-6 2017 team. The Longhorn capped the season with a 33-16 victory over Missouri in the Texas Bowl.

But it shows that the Longhorns again are early betting favorites because of their strong national brand. It’s a trend that has been seen in many recent seasons. Perhaps Bovada wanted to capture early money from bettors because of that familiarity.

Texas recruiting: Longhorns’ wish list with a month left in next cycle

Texas to welcome Charles Omenihu back to its defense in 2018